L.A. County Court System To Lay Off 350 Employees Due To Budget Cuts 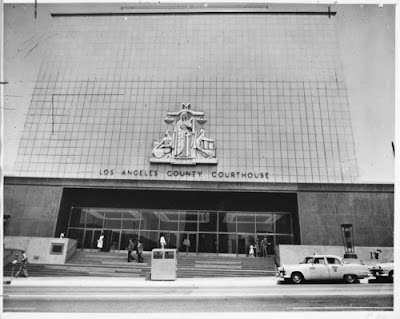 Last October, I posted a story about overcrowded court systems suffering due to staffing cuts. Here comes the latest such tale of woe from the Los Angeles Times:


The Los Angeles County Superior Court system is expected to lay off about 350 employees in June and "restructure" more than 50 courtrooms because of deep cuts in funding by the state, according to a memo obtained Tuesday by The Times.

The latest reductions come after the court has already reduced staff by 500 -- or about 10% -- due to layoffs and attrition over the last two years.

More troubling was this quote:


"These changes will affect every judicial officer and staff member -- as well as the millions of attorneys and litigants who depend upon our courts to deliver justice," Presiding Judge Lee Smalley Edmon and Executive Officer John A. Clarke wrote in the four-page memo. "Nonetheless, there is no escaping the fact that this next round of cuts will be the most significant event to happen in our court .... Never before has a budget crisis dealt so crippling a blow to our court."

A lot of people in the peak oil and "reality based" communities often ask when exactly collapse is going to come to America. Take this as yet another sign that collapse is already here--it's just happening in slow motion.


Bonus: "Next time you come into my courtroom, you will look lawyerly"