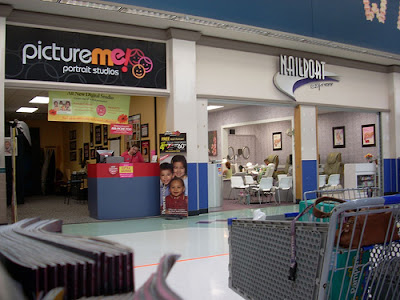 Everyone who hasn't imbibed the hopium knows that the economy is not a (ahem) pretty picture right now. This of course (ahem) poses a lot of problems for companies which produce nonessential products, especially if the target market is lower middle income earners. Here is Stltoday.com with the latest (ahem) portrait of such distress:


CPI Corp. plans to close 346 of its PictureMe portrait studios located in Wal-Marts across the country next month.

The St. Louis-based operator of portrait studios announced the planned closures in a filing with the U.S. Securities and Exchange Commission today. In the filing, CPI said employees at the affected studios were notified today. The stores, which it described as "underperforming," will close by March 23. Company officials did not answer calls requesting comment about the closures.

After the stores close next month, CPI will continue to operate 2,712 portrait studios located at Wal-Mart, Sears and Babies "R" Us stores nationwide. CPI said in the filing that it expects exit costs to total between $2.8 million and $3.1 million related to the store closures.

We'll keep our eyes on this (ahem) developing story as I'm sure this will not be the last time this company is forced to close locations.


Bonus: "I've been living so long with my pictures of you...that I almost believe that the pictures are all I can feel"