Yahoo Layoffs Likely to Number in the Thousands 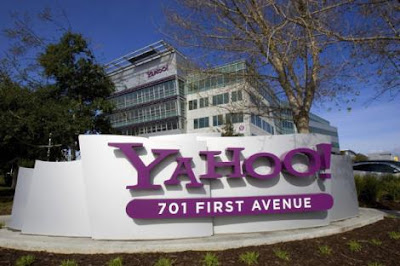 The tech world is about to take another big hit with the announcement that Yahoo's new CEO plans to inflict massive layoffs upon the company. Here is the story from AllThingsD.com:


According to multiple sources both inside and outside the Silicon Valley Internet giant, Yahoo’s CEO Scott Thompson is preparing a massive restructuring of the company, including layoffs that are likely to number in the thousands.

Much of the change — which could be announced as soon as the end of this month — is being aimed at Yahoo’s large products organization, as well as other arenas in which the company has lagged.

Also among those being considered for targeting: Public relations and marketing, research, marginal businesses and weaker regional efforts.

So, is Yahoo really doing that badly, or is there a larger game afoot?


“It is going to be deep,” said one manager who has not yet been given specific numbers to cut, but that it appears as if each unit will be required to show either substantive savings or a clear path to great growth in revenue.

Such moves by Thompson are likely to hearten Wall Street, boost its stock and perhaps temporarily assuage its noisy activist shareholder Daniel Loeb.

Loeb has been pushing for change on Yahoo’s board, which will be taking place now that five members of it — including co-founder Jerry Yang — will be changing out. He has put his own slate up, which includes former NBC exec Jeff Zucker.

Same old story...the Wall Street assholes play their fucking games and the workers get the shaft. How much longer is the somnolent American public going to put up with this shit?


Bonus: Here are some true Yahoos