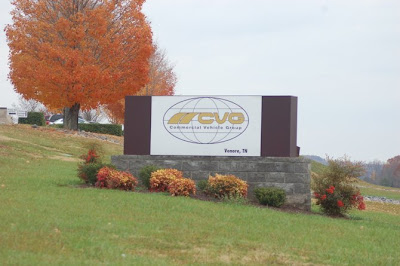 Globalization claims another 100 victims. Here is WCNC.com with the details:


About 100 full-time and temporary employees are being laid off from the Commercial Vehicle Group manufacturing facility in Statesville as the company shifts production to be closer to its clients.

Commercial Vehicle Group makes components like suspension seat systems and door panels for heavy-duty trucks and other commercial vehicles. The company and many of its customers operate using the "just-in-time" production strategy, meaning they keep little inventory and need new shipments quickly.

So as truck manufacturers shift production out of the country, Commercial Vehicle Group is as well to supply them.

"Essentially, we're following where our customers take us," said John Hyre, spokesman for the company.

Love how the Corporate Flack tries to push the blame off on other companies that are doing the same thing. I thought the whole point of globalization is that you could make your shit anywhere in the world and then ship it to where you need it. Is this perhaps a tacit admission they they are being affected by rising oil prices and transportation costs?