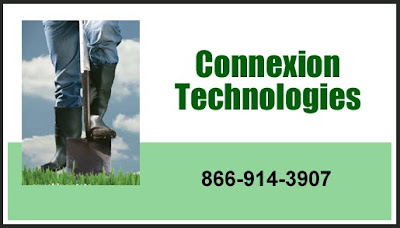 This mass layoff notice from the Triangle Business Journal sounds like a case of a company that expanded way too fast and then felt the ground crumble from beneath its feet:


Connexion Technologies, a company founded by former Cary Mayor Glen Lang, is laying off more than half of its 455 employees.

The Cary-based company filed a Worker Adjustment and Retraining Notification notice with the state on Monday that said Connexion was planning to cut 130 to 140 jobs in North Carolina. In an interview on Tuesday, Executive Vice President Matt Springer put the number at 106 in North Carolina and 126 in other states.

Springer said the cutback follows difficulty in raising capital at the 10-year-old company, which has not yet achieved profitability. The firm customizes and manages communications networks in residential areas nationwide. The layoffs come despite the fact that Connexion’s revenue grew to about $47.7 million in 2011, up from about $30 million the year before, he says.

“We can’t fully fund our business plan for the year,” Springer said. “We have to take very serious action. It’s a very sad day here.”

The layoffs are effective March 14.

Connexion was among the fastest-growing companies in the Triangle as recently as 2010. It ranked 18th on Triangle Business Journal’s Fast 50 list in 2010, when it grew to 348 employees in the Triangle. Its national presence nearly doubled that year, to 612 employees, according to a ranking of privately held companies by Inc. magazine last year.

So they kept expanding right into the teeth of the Great Recession even though they have never turned a profit. As I've said, I've never been to business school, but that seems like a sure fire recipe for failure to me.
Posted by Bill Hicks at 7:41 PM