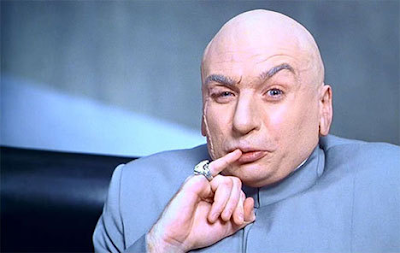 I guess it's time for me to pack up this blog and split. All of my arguments about economic injustice in America have been rendered invalid. Here is the Huffington Post with the details:


A billionaire backer of Mitt Romney said that the wealthy have "an insufficient influence" on politics and policy.

In an interview with the Chicago Tribune, Ken Griffin, founder of the hedge fund Citadel was asked if he thought rich people had too great of an influence on politics.

"I think they actually have an insufficient influence," he responded. "Those who have enjoyed the benefits of our system more than ever now owe a duty to protect the system that has created the greatest nation on this planet."

He also told the Tribune that he believes he should be able to donate an unlimited amount of money to Super PACs.

According to FEC filings, Griffin recently donated $100,000 to Restore Our Future, a pro-Romney Super PAC. He gave $2,500 to Romney personally, as well as to a slew of other Republican candidates and groups. His wife has also donated to Romney.

You see, this shows yet again why real change can never be enacted from within the system. Not only do those who pull the strings think they are doing "God's work," they really do see themselves as an oppressed minority. They will continue to buy influence and flood the media with advertisements reflecting their worldview with impunity so that anyone who argues that maybe the system sucks for everyone but the 0.01% has no chance of getting their message heard and understood by the masses. It's also why I say that the only effective action anyone can take anymore is to make adjustments in their own lives and perhaps the lives of their loved ones.


Bonus: Barenaked Ladies were thinking WAY too small--"If I had a billion dollars, I'd buy your election"