Eroding Profit Margins Cause Stores To Reduce Issuance Of Coupons 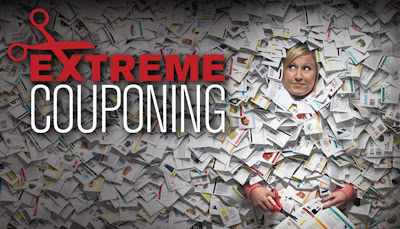 Issuing coupons have always been a great way for retailers to lure shopper into their stores, or for manufacturers to ensure consumers look to buy their brand over a rival at the supermarket. It's all fine and dandy until those same consumers become driven by a poor economy to start overusing them. Here is the Ft. Lauderdale SunSentinel with the details:


"Why so many coupons?" Ellen DeGeneres asks in an ad forJ.C. Penney. "This is ridiculous."

Some companies are starting to agree. They are scaling back the value of coupon offers and limiting how many of them bargain-conscious consumers can redeem.

It's hard to find a $10 off $40 Whole Foods Market coupon anymore. Publix has cut back on coupons it offers through fundraisers and tightened its general policy. AndJ.C. Penney has abandoned coupons altogether.

"It's harder and harder," Orlando coupon blogger Amy Selleck said. "I used to be able to go out and do deals every day and stock up a cart. Now it seems like the deals aren't there."

In 2011, name-brand grocery manufacturers' coupons fell 8.1 percent to 305 billion compared with the previous year, according to Michigan-based coupon processor NCH Marketing. But consumers used $4.6 billion worth of coupons last year — a 12.2 percent jump.

Coupon use has been on the upswing since the financial crisis in 2008. As consumers hit the brakes on spending, retailers began discounting, sometimes almost desperately. Companies were "chasing business just for business' sake," Dallas retail consultant Steven Dennis said. Now, they're trying to keep coupon redemptions from eroding profits.

More people are scouring websites, newspapers and even recycling bins for deals. Fueled by the tough economy and reality TV, "extreme couponing" has become popular with shoppers who snip their grocery bills down to nearly nothing by combining offers.

"Some retailers have said it's become harder to manage than ever before," National Retail Federation spokeswoman Kathy Grannis said.

Of course it has been the American consumer's incessant obsession over getting things for the lowest possible prices which has wreaked so much havoc in our economy in the first place, from declining wages and benefits of workers who make the products, to the rise of the megastore and the destruction of locally owned businesses, to the dramatically decreasing quality of many of the products on offer. Coupons are not the cause of all of those things, but they are certainly a symptom of the prevailing mindset that has allowed them to happen. Only in a decadent and depraved society such as ours with a value system gone completely askew could a teevee show like Extreme Couponing actually find an audience.

And now, as we remain mired in our economic malaise, stores are finding out that you can only take price cutting so far, especially at a time of rising food and energy costs, before the effort becomes utterly self defeating. The sad irony is that this is now happening at a time when so many financially strapped shoppers could really use the discounts.