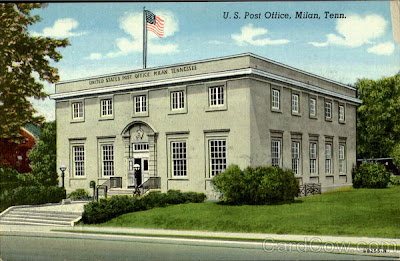 Another defense war industry layoff announcement came early this week, as reported by the Jackson Sun:


One of the largest contracts Ram Jack general contractors ever received came from American Ordnance for construction work inside the Milan Army Ammunition Plant.

It is unlikely that will happen again.

Jacob Bolton, co-owner of the Ram Jack franchise in Milan, said the days of large contracts for work at the arsenal have likely ended as American Ordnance prepares to halt production of ordnance for the U.S. military and reduce its presence at the arsenal.

Bolton and other Milan business owners fear some businesses will lose thousands in annual revenues and may have to cut employees after American Ordnance lays off hundreds of workers by the end of this year. The losses won’t only come from a drop in business at the arsenal but from a tightening of the local economy as a result of the job losses at the arsenal.

American Ordnance employs nearly 650. The company has told workers it will lay off 400 full-time and 100 part-time employees by the end of this year, as it moves manufacturing of rifle-fired grenades, mortars and other military ordnance to its plant in Burlington, Iowa.

And of course, this will not be good for the local community:


“It is anticipated that there will be a $30.1 million negative impact on Carroll and Gibson counties together,” said Brad Hurley, president of the Carroll County Chamber of Commerce. “That deals with everything from housing, to entertainment, to gifts to charities.”

That's the portion of these stories that too often gets overlooked.


Bonus: A stirring little tune from Tennessee's own, The V-Roys