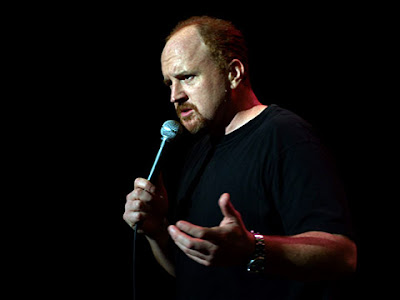 I really wish the outstandingly funny Louis CK would do more social commentary in his routines, because he is really good at it. In this clip he makes fun of lazy, complacent Americans and our "white people problems," speculating that we're not going to do so well when economic collapse hits.

Choice bit: "We're the fattest people in the world, and we have all this stuff. And we HATE it."


Bonus Video: Juice News did a excellent rap report on the whole Kony 2012 controversy (otherwise known as white people for once actually worrying about black people in Africa problems). Too bad it was recorded before Jason Russell was detained Thursday after his rather bizarre public breakdown because then it would no doubt have been even funnier.