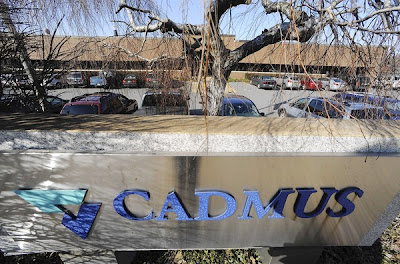 It's another story that has become far too common these days: company demands union take pay cut...union refuses company demand...company shuts plant down. Here is the Lehigh Valley Morning Call with the details:


An historic printing plant in Wilson that has been in business for more than a century will close in two months, putting about 200 people out of work, according to documents the company filed with the state.

Cadmus Printing, which is owned by the Stamford, Conn. printing company Cenveo, will close and all employees will be laid off by April 27, the company said in a letter sent to the state department of Labor and Industry.

For most of its history, the operation was known as Mack Printing. It was sold in 1999 and then sold again to Cenveo in 2006 for $235 million.

And so goes yet another company that survived two World Wars, the Great Depression, the Cold War and into the Internet age. And it looks even worse in the details:


Gregg Potter, President of the Lehigh Valley Labor Council, said the closure came as a surprise because the company and the Communications Workers of America have been in negotiations for months since a contract expired in December. The union represents about 150 employees at the plant, and the company wanted them to take steep pay cuts.

"Sometimes you have to make the hard decisions and lay people off, that's the nature of the business," Potter said. "To just out and out shut down a facility that's been in business for more than 100 years, it's a complete shock."

Sadly, no, Mr. Potter, it actually shouldn't be a shock to anyone who has been paying attention to the larger trends going on this economy the past few years.


Bonus: "When she got too close to her expectation...her dream went up like paper in fire"