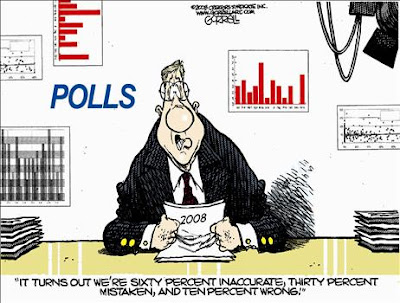 It really is true, as comedian Doug Stanhope has asserted, that a majority of Americans will express their opinion about an issue even when they have no basis of knowledge for which to even form an opinion. That point was driven home in a recent article from UPI entitled, “Poll: Alternative Energy Loses Support.” Why the pollsters even bother polling on an issue so technically complex that no more than a small percentage of the population is well informed enough to provide meaningful answers is a whole separate topic. Instead, I thought I would go through and pick the results of this particular poll apart point by point.

Let’s get started, shall we?


Support for development of fuel sources such as wind and solar power has diminished in the United States during the past year, a survey found.

The March 7-11 poll, conducted by the Pew Research Center for People & the Press, found 52 percent of those responding indicated support for alternative fuel was more important than increasing oil, coal and natural gas production, while 39 percent indicated expanding exploration of coal, oil and gas was the more important of the two choices.

Although a majority went for alternative fuels, support for solar, wind and hydrogen power was not as popular as it had been in March 2011, when 63 percent indicated that was their favorite choice, while 29 percent chose coal, oil and gas exploration.

Respondents who identified themselves as Republicans were more apt to have changed their preferences -- with 33 percent indicated support for alternative energy sources, down from 47 percent in 2011.

Do I really need to waste the pixels pointing out that asking people whether they “support” development of alternative energy versus whether they “support” increased oil, coal and natural gas production is laughably meaningless? The question makes it sound as if all forms of energy are interchangeable and unlimited, and how we power our lives is merely a matter of the choices we collectively make.

On the one hand, you can “support” solar and wind power all you want, but that doesn’t mean either form of energy will ever be a viable replacement for fossil fuels and enable you and your descendents to live your suburbanized, consumerist lifestyle in perpetuity. The fact is that while both do have their uses and COULD be a part of voluntarily powered down future if America was willing to be sensible about its energy predicament, neither is going to allow us to continue on with business as usual once fossil fuels deplete to the point where they are too expensive to keep supporting our modern industrialized civilization.

On the flip side, you can “support” increasing the production of oil, coal and natural gas; and while you are at it you might as well try holding your breath until Santa Claus brings you a new Lexus for Christmas. The world supply of all three is FINITE. That means there is only so much of it that can EVER be produced. What’s more, most of the easy and cheap to extract stuff is already gone and what’s left is going to be ever more costly and difficult to produce. Child-like wishing for more isn’t going to change geology.


The survey found "as in the past ... there continues to be broad public support for an array of policies aimed at addressing the nation's energy supply."

Sure, no doubt there is “broad public support” for all of that stuff. You know why? Because it doesn’t cost the respondents anything to answer the questions in a public opinion survey.

Once you start moving beyond feel good concepts and into how all of those policies are going to be PAID FOR it becomes a different equation altogether. Try asking, “Would you be willing to pay an annual $1,000 carbon tax to support the federal research for alternative energy sources and for improved rail, bus and subway systems?” or “Should federal government funds be used for public transportation INSTEAD OF building more roads and highways?” and I’ll guarantee you the poll results would be drastically different.

Once again, the choices are presented in a vacuum, as if each one does not carry considerable costs and consequences. This is exactly the kind of thinking that created Spoiled Rotten Nation, and a citizenry that just cannot understand how the government can’t seem to do everything they want it to do without raising their taxes and/or running massive budget deficits. We want alternative energy research, AND public transportation, AND more roads and highways to reduce traffic congestion, BUT we don’t want to pay for any of it.

But they saved the very best part for last:

A majority -- 52 percent -- indicated support for fracking, a figure held up mostly by Republicans, 73 percent of whom indicated they supported fracking, compared to 33 percent of Democrats.

You gotta love the willingness of so many to support something they know very little or nothing about. Despite the fact that only a quarter of the population has by its own admission any real idea what fracking is, more than half claim to support it. And that 25% constituting the at least reasonably well informed doesn’t include people like me who know a lot about fracking but are opposed to it because we know what the dangers are. The more appropriate question to ask here would be, “Would you support fracking even if it meant there was a good chance that your drinking water might be poisoned or that a resulting earthquake might damage your home?” That at least might get a few of the respondents thinking, yet another resource which is in very short supply these days.


Bonus: I've posted this video before, but it is too funny not to repeat