Lithonia Plant in Cochran (Georgia) To Close, 440 To Be Laid Off 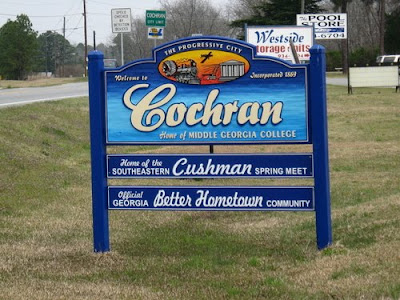 Factory closings are always tough, but they are particularly devastating whenever they hit smaller communities. Here is a local Georgia television station with the story:


A lighting plant that's been a fixture in the Cochran community for nearly 40 years is set to close its doors by the fall.

The Lithonia Lighting plant in Cochran will close within six months, putting more than 440 people out of work.

Workers at the plant swing by the gas station on Dykes Street everyday.

It's just across the street from the lighting plant, and its owner, Baliram Raveleker, says the employees keep him busy.

"I'm scared if they're closing because it'll hurt my business," he says.

But here is the real kicker to this story:


Cochran Mayor, Willie Basley says it's a move that will hit Cochran hard.

"Lithonia is our biggest employer, and there's a lot of people that are going to be affected by the closure of this company," he says.

Basley says he may have to cut down on city government because the water, sewage, and gas that they provided the company was a major part of the city budget.

But for now, he's holding out hope that they keep the lights on.

"We just prayin' to God that within this six month period things will change."

"A lot of people dependent on that place for jobs and what are they gonna do? It's really gonna have a big affect on the community," she says.

What are they going to do, indeed? That is a question that is going to be asked more and more in cities and towns all over the country as the ongoing collapse of our economy continues.