Exar Corporation (California) Will Lay Off 120 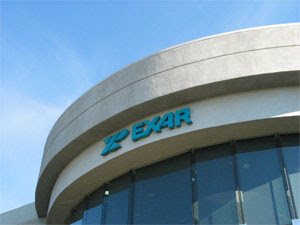 I found this mass layoff story to be particularly galling. Here is Bay Area Biz Talk with the details:

Exar said that the combined cuts amounted to 40 percent of worldwide headcount and would save $21.7 million in annual costs. About 270 employees remain worldwide at Exar, which does contract work for other companies and sells chips and software used in industrial, networking and data storage systems.

If I was still employed by Exar, I'd be polishing up my resume, that;s for sure. but here's the kicker:


DiNardo, who last was a partner at Crosslink Capital but previously was president and COO of Intersil Corp., was appointed CEO in December with a generous salary and stock package following years of significant losses at Exar, which at the time had accumulated a deficit of $236,797,000.

The company has lost another $4.73 million since then on revenue of $29.7 million, which was down from $36 million the previous quarter.

Holy crap! This company's debt amounts to almost a million dollars per remaining employee. And yet they went out and paid top dollar to a new CEO so he could lose even more money. Wish they'd paid me instead as I'm pretty sure I could have done that. Fucking brilliant.


Bonus: Sounds to me like this is what Exar is doing if it thinks it is going to be able to get out from under that mountain of debt: