Friday Rant: Bush Family Appalled By A Political Climate They Did So Much To Help Create 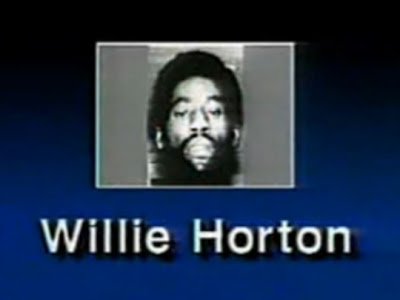 Remember Willie Horton? He was the convicted murderer who back in 1986, while participating in a Massachusetts prisoner furlough program, went on a wild crime spree down in Maryland, committing rape, aggravated assault and grand theft auto before being shot by the police and recaptured. His case was tragic for his victims, but really should not have been of much interest to anyone other than those directly involved. Two years later, however, Lee Atwater, presidential campaign manager for then-Vice President George H.W. Bush, decided to make Horton in his words a “household name” by using the killer in a nationwide series of attack ads against Bush’s Democratic opponent, Massachusetts Governor Michael Dukakis.

Dukakis had not been in office when the Massachusetts prison furlough program was established, though in fairness he did support the prisoner rehabilitation thinking behind it. As such, he certainly deserved to be asked some hard questions about the program during the campaign so that there could be a reasonable national discussion about whether such prison furlough programs were at all beneficial given the risks involved.

But that isn’t how it played out. Instead, the Bush campaign played the “Willie Horton…Willie Horton…Willie Horton” drumbeat over and over again in a relentless smear against Dukakis. That Horton was black was an added bonus, helping Bush to play the divisive race card without actually having to say anything overtly racist. It all worked beautifully, of course. Bush sailed on to win election to the presidency in his own right, aided and abetted by Dukakis’s manifest unfitness as a candidate.

Of course, it didn’t end there. The Willie Horton ads proved so effective in changing the political climate that four years later, when then-Arkansas Governor Bill Clinton was challenging Bush’s reelection, he made a point of interrupting his campaign in order to fly back to Arkansas to oversee the execution of convicted cop killer Ricky Ray Rector, who had effectively lobotomized himself during a suicide attempt. In our brave new, post-Willie Horton world, showing any compassion towards a mentally challenged prisoner was now unthinkable.

It is probably no exaggeration to say that the 1988 presidential campaign was a huge milestone along the way to America now having the most draconian criminal justice system of any non-authoritarian state in the world. With that one campaign, Bush and his minions basically created a political climate in which it became impossible for any politician to discuss crime and punishment issues rationally without fear of being labeled “soft on crime.”

Such hardball political tactics became the norm for the Bush family. When George Bush the Lesser launched his own presidential campaign in 2000, Atwater’s protégé, Karl Rove, perfected his mentor’s divide-and-conquer political strategy. Since no Democrat with national political ambitions would ever again let himself or herself be seen as being on the wrong side of the "lock 'em up and throw away the key" mentality, the targets instead diversified to include gays, Muslims, atheists, “feminazis” and anyone else who could effectively be tarred as “un-American” in simple-minded attack ads. Looking back on their sorry ass record, it is evident that there is no single entity more responsible for the coarsening of public discourse and the dumbing down of American politics during the past quarter century than the Bush family. Even Richard Milhous Nixon himself probably would have blushed at some of Rove's antics.

Which makes it even more appalling to hear that this group of entitled, arrogant, elitist bluebloods masquerading as Texas rednecks now professes to be horrified by the rhetoric coming out of this year’s presidential campaign. First there was this quote in the Huffington Post a few weeks ago from former Florida Governor Jeb Bush:


"I used to be a conservative and I watch these debates and I'm wondering, I don't think I've changed, but it's a little troubling sometimes when people are appealing to people's fears and emotion rather than trying to get them to look over the horizon for a broader perspective and that's kind of where we are," said the former Florida governor Thursday while answering a question from the audience during a speech in Dallas, according to Fox News. "I think it changes when we get to the general election. I hope."

Wow, those are some pretty amazing words coming from the guy whose daddy and idiot older brother made their political careers, “appealing to people's fears and emotion rather than trying to get them to look over the horizon for a broader perspective.”

Not to be outdone was Jeb’s mother, the matriarch and, if you believe what the aforementioned Nixon said about her, the real hater in the family. Here is what Barbara Bush had to say from a recent CNN report:


Former first lady Barbara Bush on Monday said she was not a fan of the current presidential race.

"It's been, I think, the worst campaign I've ever seen in my life. I hate it," Bush said at a conference at Southern Methodist University in Dallas. "I hate the fact that people think 'compromise' is a dirty word."

Her comments, recorded by CNN affiliate WFAA, came during a conference on the impact of presidents' wives.

With her daughter-in-law, former first lady Laura Bush, sitting by her side, Mrs. Bush argued the level of political discourse has declined over the years.

"I think the rest of the world is looking at us these days and saying, 'What are you doing?'" she said.

Actually, Barbara, I think much of the rest of the world was already asking that question when we allowed your alcoholic, coke addled, draft dodging, loser eldest son to be installed into the presidency twice despite his lifelong record of being a complete fuck up and then rallied behind the little prick as he blundered us into a completely unnecessary and disastrous war of choice. In fact, given all of the damage wrought upon the country by your family and the fact that at least one of your clan ought to be on trial for war crimes, it would really be just dandy if all of you would at the very least just keep your fucking mouths shut from here on out and spare us your mendacious opinion about the deplorable state of American political discourse.


Bonus: There are a number of excellent anti-Bush songs out there, but perhaps none is more biting than this one from hippie singer-songwriter Todd Snider