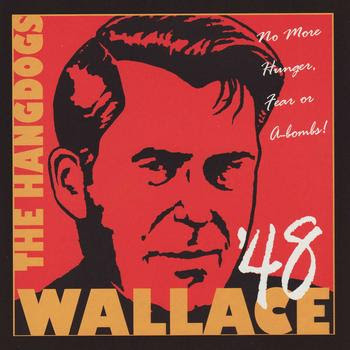 The Hangdogs were an alt-country band from New York City that was active during the height of the No Depression music scene in the late 1990s. Unlike other artists in the movement like Wilco and Old 97s, they were never able to even sniff mainstream success, probably because they insisted upon recording serious songs like "Wallace '48" (lamentably unavailable on You Tube), which sang the praises of former Vice President Henry Wallace's doomed 1948 progressive, antiwar presidential campaign.

One of the few Hangdogs songs that is available online is the harrowing "Anacostia," which is about the Bonus Army of World War One veterans. The Bonus Army rallied in Washington D.C. in 1932 as the Great Depression was reaching its nadir to demand that the U.S. Government uphold its financial promises to them for their sacrifices in the Great War, only to be forcibly ousted by their own former comrades led by egomaniacal General Douglas MacArthur who, as the song says, "turned the bayonets around on his own."