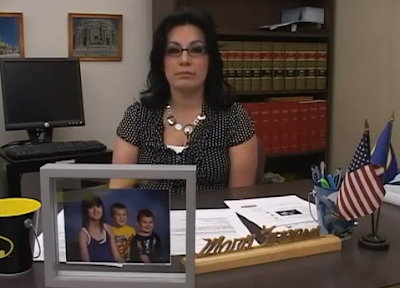 The political nervous breakdown of the Republican Party seems to be accelerating. By now it should be readily apparent to any observer who reamins even somewhat tenuously connected to reality that, in the wake of their victories in the 2010 midterm elections, the Republicans have dangerously overstepped their supposed mandate. Of course, this was entirely predictable given the officially sanctioned media narrative that Obama and the Democrats lost because they supposedly overreached, when in fact the opposite was true. Enthusiasm for President Hopey-Changey on the part of his own supporters waned dramatically as it became apparent that he was determined to do little more than carry on the disastrous Bush economic policies which got us into this mess in the first place.

The politically smart thing for the Republicans to do would have been to hammer on Obama for essentially giving Wall Street a pass on crashing the economy and causing the economic crisis. But since they are even more in the pockets of the oligarchs than are the Democrats, they obviously could not do that. So their strategy was to obstruct Obama even on the tepid reforms he did try to push while whipping up the culture war politics that had served them so well back when George Bush the Lesser was still happily farting behing the Resolute Desk in the Oval Office.

The problem for the Republicans was that they had pretty much gotten all the mileage they could get out of gay bashing, so they needed to look around for other ripe targets to rile up their troglodyte base. One choice was to take the war against "feminazis" to the next level, which explains the utterly misguided recent campaigns against not only abortion but contraception. The other and perhaps even more unfortunate tact was to ramp up the demonization of the poor at precisely the time when tens of millions of people are still suffering from the effects of the economic crash.

This "war on the poor" hit another low point with the recent comments from State Representative Mary Franson, who compared the Food Stamp program to "feeding wild animals." Here is The Raw Story with the details:

State Rep. Mary Franson released a Youtube video describing her hopes of reducing the amount of time residents in Minnesota could stay on food stamps from five years to three.

“And here, it’s kind of ironic, I’ll read you this little funny clip that we got from a friend,” she said. “It says, ‘Isn’t it ironic that the food stamp program, part of the Department of Agriculture, is pleased to be distributing the greatest amount of food stamps ever. Meanwhile, the Park Service, also part of the Department of Agriculture, asks us to please not feed the animals, because the animals may grow dependent and not learn to take care of themselves.”

Franson is not the first Republican to make this comparison. In 2010, then South Carolina Lieutenant Governor Andre Bauer said exactly the same thing.

According to the USDA, Todd County in Franson’s district contains one of Minnesota’s highest poverty rates, with 16.9 precent of residents in 2010.

That last sentence is particularly galling since it's not like this dingbat represents some lilly white prosperous suburb where poor folks are rare. Presumably, she is in a position to see with her own eyes what the economic crisis has done to her own community, and yet she's such a psychopath that it has obviously elicited exactly zero feelings of empathy in her. Nationally, of course, you would think that someone on the Republican side would recognize that bashing the poor is not a smart strategy when there are now so many more of them than there were a few years ago, but the party obviously got so used to claiming it creates its own reality that it has now made the fatal error of believing its own press clippings.

The biggest beneficiary of such audacious heartlessness, of course, is President Hopey-Changey himself. Absent another crash in the financial markets between now and November, all Obama will have to do is keep doing what he has been doing: pay lip service to being on the side of those who are hurting while continuing to take big fat campaign checks from Wall Street and pointing the finger at all of the crazy rhetoric spewing forth from the Republican side. In this manner he could breeze through to reelection without making any concrete promises to take on the oligarchs and start restoring basic fairness to the system. It's almost enough to make you wonder if useful idiots like Minnesota State Representative Mary Franson are secretly on the payroll of the president's reelection campaign.


Bonus: A song from a guy who actually does have a little empathy for the downtrodden