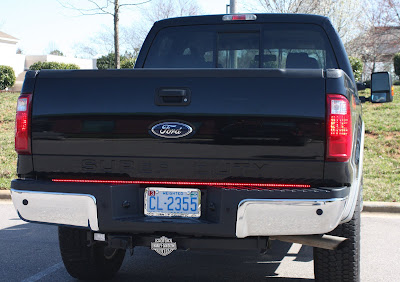 As I have posted here before, metal thefts, especially copper, have been an epidemic even since the beginning of the Great Recession back in 2008 as desperate people do whatever they can to raise cash. Now there is an alarming new angle to this problem, as reported by AOL Autos (warning, annoying slideshow format):


Thieves, especially in a tough economy and high unemployment, have been known to steal seemingly odd things that most people wouldn't think had much value. But the thieves know different. Among the vulnerable: copper pipes from building and vacant condos; freshly planted landscaping; plumbing fixtures from vacant condos. Now you can add tailgates from pickup trucks. Huh?

That's right. Law enforcement in at least eight states this year have been reporting rashes of tailgate thefts. Unlike the stuff you might leave on the seat of your truck, the tailgates are not protected by locks or barriers such as windows. Thieves have become adept at wrenching the tailgates, as well as pricey accessories, off the truck.

What's the take? Tailgates, depending on the model of pickup can sell for between $1,000 and $4,000 on Craigslist.com or out of black-market parts shops. Thieves often sell them for much less, but they can cost that much for the victim to replace through legal means.

Recently, criminals have been targeting truck tailgates across the country. In Marple Newton, PA, a truck tailgate was reported stolen from a local school's bus garage parking lot. Similar thefts have occurred everywhere from Georgia to California in recent weeks.

In Spring, Texas, authorities caught up with a man who specializes in selling tailgates on Craigslist.com. It was pretty obvious that the man, actually advertising himself as "Mr. Tailgate," was dealing in stolen tailgates when one of his victims was looking for a replacement, and spied the perfect tailgate on the classifieds website: it was his own! The thief-turned tailgate seller was lured to a parking lot by authorities where he as apprehended trying to sell the tailgate back to its rightful owner for $350.00.

Harris County Texas authorities had received numerous complaints about heisted tailgates before hitting on "Mr. Tailgate," identified as 35-year old Noel Cabello of Spring. Local deputies later searched the suspect's garage and found some 24 tailgates with a combined retail value of at least $50,000.

Police around the country are warning truck drivers about the rise in tailgate theft and some recommend locking tailgates after hours.

According to police in Oswego, Illinois, six tailgates were stolen from Ford pickups between May 2 and Oct. 14 of last year. Two tailgates were taken off Ford F250s, three from Ford F350s and one from a Ford F450. None of the trucks was more than three years old. One of the tailgates had a rearview camera installed on it, police said.

Anyway, a word to the wise for any of my readers who own or drive pickup trucks.


Bonus: A appropriate track from the dawn of electronica