When the Police Run Out of Gas 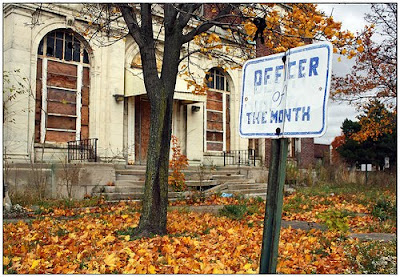 From down in North Carolina, we have a new spin on the old storyline of cities and towns cutting back on municipal services:


SMITHFIELD --Police say they'll stop responding to some 911 calls and stop investigating misdemeanors if the town doesn't increase funding for gasoline - the latest episode in a standoff between the police chief and Town Council, which is trying to save money.

It's also the latest sign of how tight municipal budgets are impacting services throughout the Triangle.

On Tuesday, the Smithfield Police Department will present dire predictions of how an austere budget could leave police cars in park.

Those of us who are peak oil aware already realize, of course, that it is the underlying cause of the economic crisis that has left so many towns and cities are strapped for cash. But it is still unusual to see the fuel supply for a police department actually under threat. Here are some of the juicy details of what is happening in this unfortunate town:


Police Chief Michael Scott will ask the town council to let him use $30,000 of office supply and equipment repair money to pay for gas. He says his department has already cut patrols, halving the numbers of cars on the street at certain times.

Scott said three recent crimes might have been prevented with more patrols - the armed robbery of a convenience store, the theft of tires and rims from a car dealership and a major cocaine bust.

"Those things can all be directly related to patrol issues," he said, adding that he's gotten complaints about the reduced patrols. Some callers have asked if they should buy guns to protect themselves.

I'd have to say, yes, those callers probably should buy guns to protect themselves, with the caveat that they also get properly trained in how to use said guns. Because the last thing we need is a neighborhood shootout between a bunch of nervous, paranoid and woefully inept firearms-toting homeowners.

Lest you think this is merely a local story, the article continues:


Law enforcement agencies around the country have seen budget cuts this year. Here in North Carolina, the state Highway Patrol is coping with an $8 million reduction, and they've stopped training new cadets as part of a hiring freeze. The city of Raleigh recently delayed police and fire academies by six months.

The sad part here is that state and local governments as well as the citizenry they serve are treating these situations as if they are merely a temporary condition, when in fact they are a very early sign of much worse to come. So yes, go out and get yourself some form of personal protection if you don't already have it. But if you do please make sure you know how to properly use it. Your very life could depend on it.
Posted by Bill Hicks at 6:30 PM