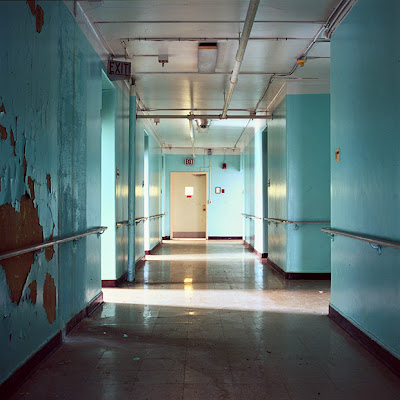 The deadline for the federal deficit commission to make its report on recommended cuts is now just over a week away. One thing that's at stake that isn't talked about nearly enough is that most of the proposed cuts will lead to people losing their jobs, either directly or indirectly. One example of the indirect job losses is seen in this recent article:


Medicare nursing home reimbursement cuts will lead to direct-care staff layoffs at 63% of nursing home facilities, according to a survey of such facilities conducted on behalf of the Alliance for Quality Nursing Home Care, which represents for-profit nursing homes.

In addition, 77% of respondents said they would be delaying expansion and renovations as a result of the 11% Medicare reimbursement cut to skilled-nursing facilities that went into effect Oct. 1, according to the online survey of association members and non-members, which was conducted by Avalere Health. The CMS (Center for Medicare & Medicaid Services) in July announced it would implement the cuts in order to account for previous overpayments related to therapy at SNFs (Skilled Nursing Facilities).

“We’re seeing the leading edge of a job-loss wave” in the nursing home sector, said Alan Rosenbloom, president of the alliance, at a reporter teleconference.

Because we all know just how fantastic the care at many of the nation's nursing homes is for elderly Americans and how the industry can easily absorb these cuts without leaving grandma alone for hours in a puddle of her own urine. If there still are nursing homes around 40 years or so from now when I'm likely to be getting to the point where I can't take care of myself anymore, I think I'd rather put a bullet in my own brainpan. But that's just me.
Posted by Bill Hicks at 7:39 PM