A Majority of the Metropolitan Poor Now Live in the Suburbs 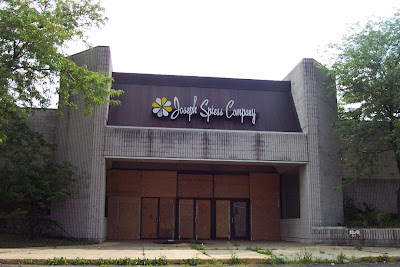 The New York Times recently ran an excellent investigative report on the explosion of poverty in suburban America. The statistics really are quite an eye-opener:


The poor population in America’s suburbs — long a symbol of a stable and prosperous American middle class — rose by more than half after 2000, forcing suburban communities across the country to re-evaluate their identities and how they serve their populations.

The increase in the suburbs was 53 percent, compared with 26 percent in cities. The recession accelerated the pace: two-thirds of the new suburban poor were added from 2007 to 2010.

“The growth has been stunning,” said Elizabeth Kneebone, a senior researcher at the Brookings Institution, who conducted the analysis of census data. “For the first time, more than half of the metropolitan poor live in suburban areas.”


As a result, suburban municipalities — once concerned with policing, putting out fires and repairing roads — are confronting a new set of issues, namely how to help poor residents without the array of social programs that cities have, and how to get those residents to services without public transportation. Many suburbs are facing these challenges with the tightest budgets in years.


What the article doesn’t mention is that this phenomenon is likely a major contributing factor to the rise of the exurbs—those rapidly expanding, far flung tracts of strips malls and McMansions often built 30 miles or more from America’s city centers. The initial post-World War Two population migration pattern in the U.S. was the middle class fleeing from the inner cities to the suburbs to escape crime and poverty. More recently, they have been fleeing from the suburbs to the exurbs in part for the same reasons.

The problem, of course, is that living in the exurbs is even more gasoline dependent than in the suburbs. During the decade leading up to the housing crash in particular, America engaged in its last surge of building ugly, soulless concrete sprawl just in time for the first peak oil-induced price shocks that were a big reason why the bubble popped.

The irony is that within a few years when gasoline becomes prohibitively expensive for more and more people, the exurbs will be the first communities to completely collapse. Already this has been seen in evidence by the many abandoned far flung housing developments in former bubble states like California, Florida, Nevada and Arizona.

A standard theme among those like Jim Kunstler who write about economic collapse is that the cities will be the worst places to be trapped when it happens. But if we continue to experience a slow crash rather than a fast one, in the short run the cities may well prove to be a better place for many poorer people to live rather than being abandoned and isolated where there is little or no assistance available to them whatsoever.
Posted by Bill Hicks at 7:00 AM