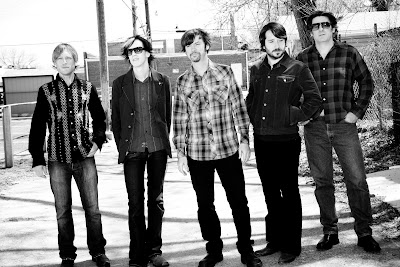 I've been a big fan of Son Volt singer/songwriter/guitarist Jay Farrar going all the way back to the early 90s when he and Wilco's Jeff Tweedy played together in the outstanding alt-country band, Uncle Tupelo. On the most recent Son Volt album, Farrar wrote what as far as I know is the only true peak oil aware song yet recorded by a major artist.

Going green, a casino catch phrase
Ethanol's made of smoke and mirrors
Who makes the decision
To feed the tanks and not the mouths
When the wheels don't move