So Where are the New Jobs Coming From? 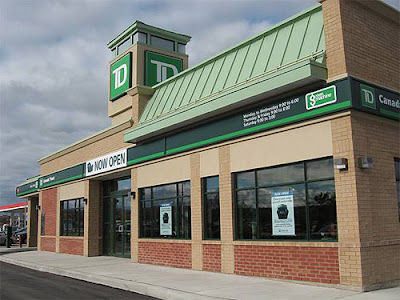 I’ve written here a number of times before about how the Bureau of Labor Statistics (BLS) manipulates the official unemployment numbers; particularly with its “Birth-Death Model” that adds phantom jobs to most of the monthly job reports. And don’t get me started about the fact that the official unemployment percentage counts out “discouraged” workers who have dropped off the long-tern unemployment benefit rolls. Everyone who is paying attention knows that you can’t trust the government employment reports. That’s just a given.

Nevertheless, it is just as obvious that while the economy does not appear to be creating jobs, or at least not creating enough new jobs to keep up with population growth, the free fall in the employment numbers that we experienced in the latter half of 2008 and the first half of 2009 has halted at least temporarily. For this reason, those pundits who oppose the Occupy movement can get on the teevee and plausibly state for those not paying attention that the protesters should shut their mouths, take a shower and go get a job.

All of which begs the question, where are the new jobs that are being created coming from? It is hard to tell from looking at the BLS’s monthly reports. From glancing at the overall 2011 data, the biggest gains seem to be in the categories of Leisure and Hospitality; Professional and Business Services; and Education and Health Services. Note before we continue that, nebulous as those descriptions are, they don’t include people who actually MAKE things for a living.

So let me take a crack at this issue based solely upon the anecdotal evidence of what I see going on around me every day. And yes, I realize that the Washington D.C. area is atypical in having been spared the brunt of the Great Recession because of the insane levels of federal deficit spending. If you’ll bear with me for a moment, however, I think you’ll agree that these categories are probably typical of what is happening elsewhere as well.

Fast Food Restaurants: particularly the hip, new “upscale” fast food chains like Chipotle, Baja Fresh, California Tortilla, Chop’t, Five Guys and Pita Pit. Every new strip mall that gets built around here seems to include at least one of these franchises, and they also are springing up in places where other stores have closed. Also popular in our area these days are fancy cupcake bakeries, which I shit you not can charge up to five bucks for one lousy cupcake. No, I don’t get it, either.

Bank Branches: I reported a story awhile back about how some of the financially strapped big banks were closing some of their branches. But around here openings of new locations do not appear to have slowed down at all. Most incredibly, a couple of miles from my house a newly constructed TD Bank branch was built right next to a HALF EMPTY strip mall. Why they thought it was a good investment to build a whole new building when there was plenty of empty retail space right next door is beyond me.

Pharmacies: I swear, sometimes it seems as though were it not for CVS, Walgreens and Rite Aid, there wouldn’t be any job growth at all. For years now, they’ve been building drug stores around here almost as quickly as they’ve been putting up new bank branches. It does seem like they will not be content until they have put one on every single street corner all across the land. Just who it is out there with such a burning need to be running into the drug store all the damn time is another question.

Dollar Stores: I’ve written before about my friend Joe, who was laid off from his retail manager’s job at the beginning of this year and was out of work for eight months before landing a gig at a newly constructed Dollar Tree location. I haven’t mentioned this to Joe, but dollar stores depress me even more than Walmart or Target do. They are the absolute nadir of the American shopping experience, selling discounted cheap, crappy goods from all over the world to customers often as downtrodden-looking as the merchandise. There is a real air of desperation about these places, as if everyone involved knows that they represent the last rung down on the ladder before utter destitution.

Box Stores: some big box chains like Lowes and Sears have fallen on hard times and have been closing stores recently, but plenty of others seem to be cropping up to take their place. What they all have in common is their complete dependence on relatively cheap oil, diesel and gasoline to bring in their products and well as their customers. The whole business model is likely only a few years from complete collapse, and yet they keep on building the damn things.

So what do all of those categories have in common? They are the kinds of places where even if an unemployed person is lucky enough to land a full time gig, they are not going to make enough money to afford to take out a mortgage and buy a house. And the collapsed housing market remains the key as to why the economy is not “recovering,” whatever the manipulated government statistics may say.

It’s bad enough that the mainstream media goes into orgasmic gyrations while hyping a manipulated and pathetic monthly jobs number like 90,000 jobs added. But it’s even worse when you consider that they make no effort whatsoever to determine the quality of those new jobs or how much they pay. It is all just more of the Lies We Tell Ourselves, and will continue to tell ourselves until one day a financial tsunami comes along and washes away the whole creaking edifice once and for all.
Posted by Bill Hicks at 6:50 AM