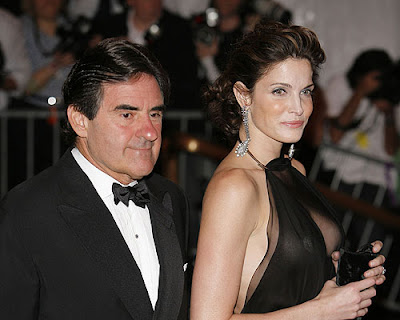 Everyone knows that the dead tree newspaper business model is...well...dead. The latest casualty was reported the other day by Reuters:


SP Newsprint Co, owned by newsprint magnate and fine art collector Peter Brant, filed for bankruptcy protection because of rising raw material costs and too much debt, and said it may sell itself to its lenders.

Paper makers have struggled in recent years with rising costs, increased competition from Asia and Europe, and falling demand as more advertisers and readers move online.

Nothing terribly surprising here, although I did find this part of the story amusing:


Brant was once a billionaire, though he no longer appears on Forbes magazine's annual list of the richest Americans. His second wife is supermodel Stephanie Seymour.

He has also run Brant Publications Inc, whose magazines include Art in America, The Magazine Antiques and Interview, which was created by the artist Andy Warhol.

Brant was also the breeder of the horse Thunder Gulch, which won the 1995 Kentucky Derby.

Poor bastard. I wonder how long it will be before she leaves his bankrupt ass? Clearly, he needs a tax cut.