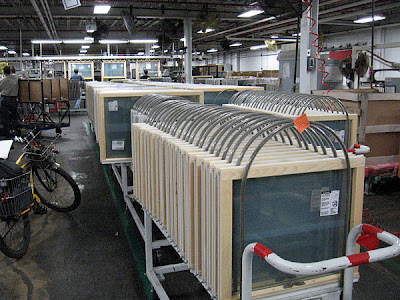 One thing the media continues to conveniently ignore as it tries to convince the public that we actually are in a recovery, even if it's a sluggish recovery, is the fact that home sales remain mired near all time record lows despite record low interest rates. Clearly, very few Americans have the financial means to buy a house these days, even if you hand them a super cheap mortgage.

This makes more sense when you consider that the members of first college graduating class to be cast out into the cold of the Great Recession--the class of 2008--are now in their mid-20s and would in "normal" economic times be entering the prime age for young adults to get married and begin looking for that starter house. Instead, many of them are working low paying jobs, living with their parents, and putting off major life decisions like home buying.

Without these young people to buy the smaller, cheaper homes, those somewhat older adults who own such homes and might be looking to upgrade as their families increase in size find they have no buyers that can afford to free them of their current mortgages. So they don't buy the next-level-up-houses. And the next-level-up can't move up from there, and so on.

Moreover, the housing bubble that lasted from 2002-2006 was the key driver for economic expansion after the tech bubble popped as tens of millions of people treated their homes like an ATM, removing cash equity via refinancing. This pumped a tremendous amount of money into the consumer economy. When the bubble popped, the home equity ATM shut down and many homeowners (currently more than one in four) found themselves upside down on their mortgages.

That is where we are today, with no indicator that things are ever going to improve. Unless good paying jobs for young adults begin being created again, the housing market will remain moribund. Worse yet, their are plenty of indicators that the continued housing crash is actually destroying many of those good paying jobs that still remain. All of which brings me to this report from earlier this week:


A continued slump in the housing market translates to another round of layoffs at Andersen Corp. The Bayport-based door and window giant said Tuesday it will 250 jobs by the end of December.

Employees were told about the job cuts Monday and Tuesday in one-on-one talks and "town hall" meetings. Though the cuts will be across the nation, the majority will be in Bayport, where one of Andersen's largest production plants is located.

In production, where the majority of cuts will be made, the company will offer a buyout package before making involuntary cuts. Management and sales jobs also are being cut, said Laurie Bauer, a company spokesperson.

Andersen has had repeated layoffs over the years, cutting hundreds of workers as the housing market plummeted.

In addition to layoffs, the company has reduced costs by consolidating plants and distribution centers, limiting business travel, shortening work weeks and instituting a hiring freeze. "Overall, the economic forecast for 2012 is flat," Bauer said. "Housing, which may likely lead the recovery, isn't showing signs of that. We've had to make a difficult business decision."

No, Ms, Bauer, it certainly isn't, and that is due for the reasons I just cited above. The fact is, that not only is the economy in 2012 going to to be flat (at best), it is going to be that way for every conceivable year going forward from there. Unless the jobs fairy somehow decides to start camping out in Zuccotti Park and granting wishes to the Occupy protesters.

So just how bad is this downturn compared to previous recessions?


Andersen had been known for its lucrative profit-sharing plan. Checks normally are delivered to employees in February based on the prior year's performance. In 2006, before the housing market collapsed, employees received checks worth 26 percent of their 2005 salaries. Since then, that percentage has dropped substantially.

Any time you seen the phrase "first time since the Great Depression," you know you're in trouble. The stock market be damned, THIS is the real state of the American economy.
Posted by Bill Hicks at 8:01 AM