Wall Street Journal to Older Americans: GTFO So We Can Lower the Unemployment Rate 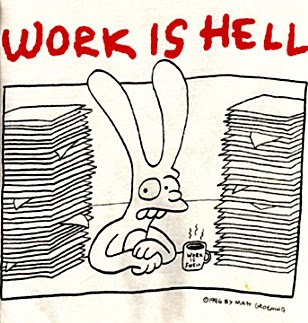 Pension plans are broke, Social Security is broke, the cost of Medicare is skyrocketing. Clearly, the LAST thing the country needs is a huge wave of people taking early retirement. Right? Am I right? Please tell me I'm right.

Well, not according to the Wall Street Journal:


The nation's unemployment rate may fall faster in the future than many economists assume for one simple reason: The rapid aging of the American work force is helping reduce the share of the population hunting for jobs.

For more than a decade, the labor participation rate—the share of the population over 16 that is either working or looking for work—has been falling. It stood at 64.2% in October, down from its peak of 67.3% in 2000, and economists project it to continue heading lower. Part of this decline reflects aging. As workers move into their late 50s and beyond, they are much more likely to drop out of the work force.

In today's job market, that could mean that many people now counted as unemployed may simply drop off the rolls and never return—making it easier to pull down the jobless rate once economic growth accelerates, since fewer new jobs will be needed to get the jobless back to work and keep up with population growth. Fifteen percent of the nearly 14 million jobless are 55 or older.

Because that's what's REALLY important, don't you know...getting that manipulated and utterly meaningless official unemployment number to go down. It doesn't matter that the federal government is teetering on the brink of insolvency, in part because so many additional people, particularly older Americans, are becoming dependent upon it.

To be fair, this particular example of business reporter stenography did at least mention the long term fiscal problem:


While that suggests the economy won't need to create as many jobs to bring down the unemployment rate, said Barclays Capital economist Dean Maki, the downside is that it won't have as large a work force to power it along and pay for the needs of an aging population.

"If you have a greater fraction of the population not working, that will make it harder to pay for costs that will be ballooning," he said.

We can't pay for the costs we have now without borrowing a trillion and a half dollars every year, fucknuts. So how the hell do you think we're going to be able to afford it going forward? This is yet another sad example of what passes for legitimate economic analysis in the mainstream media these days. No wonder we're in such deep shit.
Posted by Bill Hicks at 1:07 PM