Change a Billionaire Can Believe In: $443 Million Down the Drain for an Unnecessary Smallpox Vaccine 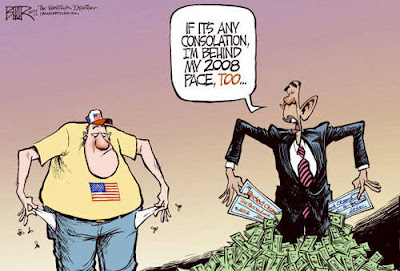 In yet another example of Change We Shouldn't Believe In, it was reported by the Los Angeles Times on Sunday that the Obama administration just awarded a contract worth $443 million for a smallpox vaccine to a company controlled by a wealthy campaign donor:


Over the last year, the Obama administration has aggressively pushed a $433-million plan to buy an experimental smallpox drug, despite uncertainty over whether it is needed or will work.

Senior officials have taken unusual steps to secure the contract for New York-based Siga Technologies Inc., whose controlling shareholder is billionaire Ronald O. Perelman, one of the world's richest men and a longtime Democratic Party donor.

When Siga complained that contracting specialists at the Department of Health and Human Services were resisting the company's financial demands, senior officials replaced the government's lead negotiator for the deal, interviews and documents show.

But wasn't smallpox eradicated years ago? I hear you asking. Ummm...yup:


Once feared for its grotesque pustules and 30% death rate, smallpox was eradicated worldwide as of 1978 and is known to exist only in the locked freezers of a Russian scientific institute and the U.S. government. There is no credible evidence that any other country or a terrorist group possesses smallpox.

Okay, granted there is no credible evidence that any rouge nation or terrorist group possesses smallpox. But nevertheless, the government has an obligation to protect the public just in case, right?


If there were an attack, the government could draw on $1 billion worth of smallpox vaccine it already owns to inoculate the entire U.S. population and quickly treat people exposed to the virus. The vaccine, which costs the government $3 per dose, can reliably prevent death when given within four days of exposure.


Siga's drug, an antiviral pill called ST-246, would be used to treat people who were diagnosed with smallpox too late for the vaccine to help.


Yet the new drug cannot be tested for effectiveness in people because of ethical constraints — and no one knows whether animal testing could prove it would work in humans.

In summary, the government plans to waste spend nearly half a billion dollars in taxpayer money--nearly $1.50 for every American man, woman and child, incidentally--to procure a drug it will almost certainly never need and might not even work anyway.

If after hearing that you need to go bang your head against the nearest solid object, go right ahead. I'll be here when you get back.

Ooh...you might want to get yourself an icepack for that when we're done here. So how much did this particular boondoggle cost Mr. Perelman, anyway?


Perelman and others at Siga's affiliate, MacAndrews & Forbes, have long been major political donors. They gave a total of $607,550 to federal campaigns for the 2008 and 2010 elections, according to records compiled by the Center for Responsive Politics. About 65% of that money went to Democrats. Perelman donated an additional $50,000 to President Obama's inauguration.

A spokeswoman for Perelman said his contributions reflected nothing more than "his right as a citizen to support candidates he believes in."

See, now you know at whom President Hopey-Changey was REALLY aiming his 2008 campaign slogan. Because that's how it works in America these days. The rich, powerful and politically connected just flat out buy government benefits for themselves and the turn around and try to pretend it's all about their "rights as a citizen." In this context, the hideous "Citizens United" Supreme Court decision makes all the more sense.

I've said this before, but if you are not a millionaire or a billionaire and yet are still thinking about making a campaign donation to the Mighty O or any of the other presidential candidates, do yourself a favor and put away your checkbook. Your couple of hundred bucks has no prayer of standing up to the likes of this.
Posted by Bill Hicks at 6:50 AM