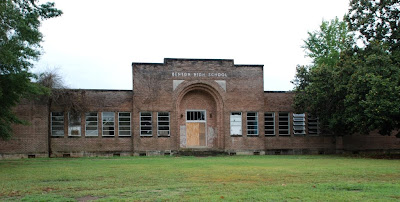 There's not really a whole lot I can add to this sad story out of LaCrosse, Wisconsin:


When you think of the homelessness, you probably think of it happening in big cities like Milwaukee, Madison, and Racine. Its a growing problem in every Wisconsin city, big and small, especially among families with children.

The homeless students in Tomah don't stick out from among their peers with homes. Many are suffering in silence. One of them is Jake. The high school senior, like so many of his classmates, has no where to go.

16 hours and 49 minutes: the amount of time that passes between the end of one school day and the beginning of the next. Time many of the kids in this Tomah classroom have no where to go. Jake is one of them.

"Not too many people know about it," Jake said.

"We have never seen numbers like this." Director of Pupil Services Paul Skofronick blames the economy. "It's hurting all of us without a doubt, but the kids are being affected because they don't know why."

The homeless in Tomah are hidden. They don't live on the street; instead they sleep in their cars, at camp ground, or on a friend's couch.

I remember high school being one of the worst times in my life because my parents were divorcing and I was a socially awkward teenager. But all of that pales in comparison to this. Note that this is not a story from a big city ghetto neighborhood but from small town America.

It sucks to consider this, but given where the economy is headed most of these kids likely have no future.
Posted by Bill Hicks at 6:58 PM