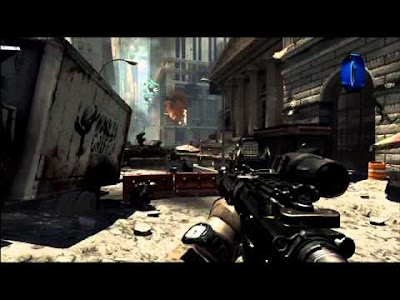 You would have thought that when the Obama administration raped the taxpayers used taxpayer money to bail out dinosaur automakers GM and Chrysler that at the VERY LEAST it would insist that the two companies get serious about focusing on building more fuel efficient cars. After all, gasoline prices spiked to above four dollars a gallon the summer before the Mighty O's election, and the resulting market crash was a big factor in the country consenting to be governed by a guy whose last name is merely one letter away from "Osama."

Well, if we've learned anything about President Hopey-Changey these past three grueling years, it's that he will doing ANYTHING to maintain the illusion of business as usual and won't lift a finger to change the ways of big corporations, even after giving those corporations billions of dollars to save their asses. The latest example of this depressing dynamic in action was reported this week:


The special edition Wrangler will hit showrooms next month for a manufacturer’s suggested retail price of $36,495 for the two-door model and $40,070 for the four-door (Jeep Wrangler Unlimited) model, not including destination fees. Regular 2012 Wrangler models start at $22,045.

Sounds like just the kind of vehicle we need on the roads to reduce our dependency on foreign oil, doesn't it? Paint that sucker lime green while you're at it, cause that's a "planet-saver" right there.

But wait, it get worse when you consider the mentality of the people to whom they are trying to sell this new monstrosity:


Chrysler Group LLC is taking its Jeep partnership with video game publisher Activision to a whole new level with "Call of Duty: Modern Warfare 3," according to officials.

In preparation for the game’s midnight release, the Auburn Hills-based automaker Monday launched a “groundbreaking campaign for the 2012 Wrangler Call of Duty: MW3 Special Edition.”

“This is more than an advertising campaign, this is a true experience that captures the excitement one feels when playing ‘Call of Duty: Modern Warfare 3’ and when driving the all-new 2012 Jeep Wrangler Call of Duty: MW3 Special Edition,” said Olivier Francois, Chrysler chief marketing officer.

The campaign dubs the Wrangler as, “The toughest vehicle in the world. Any world.” Ads will introduce the new tagline, as well as the soon-to-be released special edition version of the brand’s popular vehicle.

That's right, Chrysler took your tax money and mine so it could develop a car that costs more than one-and-a-half times the median annual American income in order to sell it to well-to-do alleged adult human beings who spend much of their free time playing a hyper-violent video game. Can you say, "professional athletes?" I KNEW you could! By the way, I seriously doubt that anyone with a highly pretentious name like Olivier Francois would ever be caught dead doing something as lowbrow as playing Call of Duty video games.

Have you never had the "pleasure" of playing one of the Call of Duty games (I haven't), the image above of a modern city being blasted to pieces is a screen shot from it. Not that I don't have my own guilty pleasures, but none of them have ever filled me with a burning desire to go out and buy an outrageously expensive car to advertise the fact that I have too much money and not enough brains.

Worse yet as far as real world effects on our dwindling oil supplies go, according to the Department of Energy this new $40,000 monstrosity will get exactly 17 MPG in the city and 21 MPG highway. I hate to break it to the many delusional souls who will no doubt rush out to be one of the first to own one of these hideous abominations, but when the gasoline supplies run out in the not-too-distant future, you are not going to be the badass hunter, but rather the sitting duck hunted. Because in real life, the game is played for keepsies.
Posted by Bill Hicks at 7:40 AM