Christmas in Cancelled on Long Island 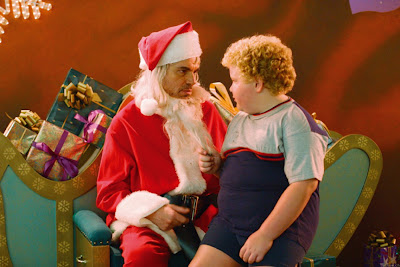 I sense a theme developing here:

David McKell,83, has played Santa for nine consecutive years at the St. James General Store, but budget cuts in Suffolk County have him out of a job.

"The alternative is always there for the General Store to find a volunteer willing to play Santa for the kids."

The county says it cannot afford the $660 to hire a Santa this year.

When it is beginning to come down to cutting a mere $660 out of a municipal budget rather than "saving" the supreme icon of American mindless consumerism, you know things are starting to get very bad out there.
Posted by Bill Hicks at 12:07 PM