So How Much Government Largess Does it Take Before it Isn't Capitalism Anymore? 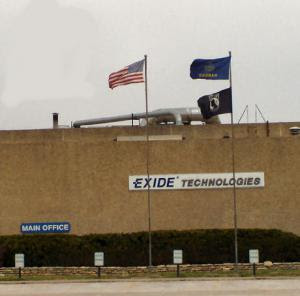 The "Obama is a socialist" meme is one that won't die despite being laughably false. President Hopey-Changey is not a socialist but a crony capitalist, and he is of course hardly unique in that regard. Just how pervasive crony capitalism has become in America was demonstrated again in this brief article on Tuesday about planned layoffs at the Exide plant in Bristol, Tennessee:


Local leaders say they were caught off guard by Exide Technologies' layoff announcement.

The company said Monday it plans to eliminate 233 jobs at its Bristol factory. A decision about another 236 jobs will be made in the next 90 days.

So why was the layoff notice such a surprise?


We learned Exide received several incentives from local and state government since moving to Bristol in 1994. As the company expanded, the local government offered tax incentives and upgraded water and electrical services.

Oh, I see. Anything else to add in that regard?

So let's add it all up. Exide has taken tax breaks and utility upgrades from the state and local government as well as stimulus money from the federal government, and that STILL isn't enough to keep them from firing their workers. Tell me again why the government wouldn't be better off if it just nationalized the company? At least then when the mouth-breathers call Obama a socialist it would be be an accurate label.
Posted by Bill Hicks at 7:27 PM