Another Solar Panel Company is in Deep Trouble 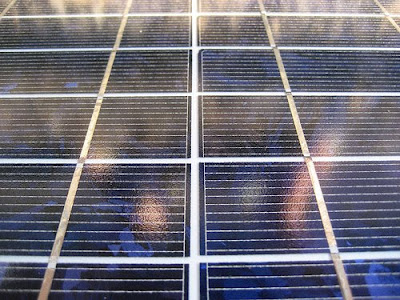 It really is amazing that at a time when world oil prices remain in the triple digits that solar panel companies seem to be dropping like flies. Here is a recent report on the latest casualty:


Energy Conversion Devices Inc. said late Tuesday it plans to furlough 400 workers as it temporarily halts production of solar energy products, and plans to lay off another 500 employees across the company by the end of 2011.

The Auburn Hills-based company said the furloughs include more than 140 employees who last week were given temporary layoffs at United Solar Ovonic plants in Greenville, plus manufacturing employees in Ontario and Mexico, citing high inventory levels.

"As we sell through that inventory, we'll resume production," said Michael Schostak, a company spokesman.

High inventory levels were also cited in a similar story I reported here two weeks ago about First Solar. Clearly, solar panels are not selling like hotcakes despite high energy prices. For Energy Conservation Devices, the news gets even worse:

Some analysts have said the company could be heading toward bankruptcy.

"Bankruptcy continues to become more and more likely, although it still is possible ECD could make it through the next year," Morningstar Inc. analyst Stephen Simko wrote in a late August note to investors.

I would never pretend to call myself an expert on solar energy, but it should be plainly obvious that there are very serious problems in an industry that despite government tax incentives and loan guarantees is unable to find profitability at a time when it ought to be booming.