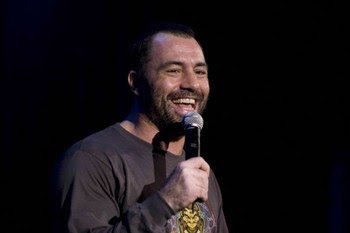 Joe Rogan is a stand up comedian who hit the jackpot a decade ago when he was hired to be the host of the reality teevee show, Fear Factor. To his credit, once he made the big bucks Rogan didn't keep whoring himself out to the American mainstream media machine to make more, but instead used the financial freedom to begin saying what he wants to say via his standup routines and his regular podcast, The Joe Rogan Experience.

Rogan's recent podcast on the Occupy movement has been made into a video featuring images of the protests while he and his cohosts free associate about what it all means. Personally, I believe that if Bill Hicks hadn't died nearly nearly 20 years ago at the way-too-young age of 32, he'd be saying similar things today.