Federal Mandates for Dummies: Most States Find it Cheaper NOT to Register Sex Offenders 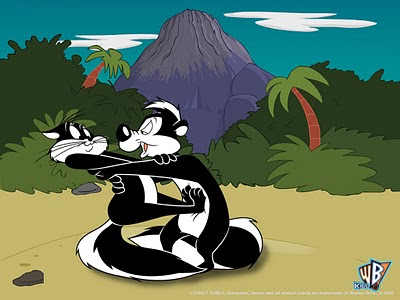 Before I begin I should make it clear that I do not in any way, shape or form sympathize with sexual predators. It's just that establishing a national registry to track them never made any sense to me. I mean, I guess it would be nice to know if my next-door-neighbor is a convicted rapist. But hey, I'd also like to know if he's a convicted murderer, and they don't have a registry for that. Not to mention that criminal convictions of any kind are a matter of public record, so I COULD go find out if I really cared to.

And now we have word the the national sex offender registry is a failure, not because someone in charge actually came to their senses, but because it's too damn expensive:


Congress passed the Sex Offender Registration and Notification Act in 2006, which required states to implement new policies by July of this year or face a financial penalty for non-compliance. Only 15 states did, according to a report by the National Conference of State Legislatures. Why?

Susan Frederick, senior federal affairs counsel for NCSL, tells Governing that many states discovered it would be cheaper to take the financial hit than implement the policy. Congress decided that states that failed to comply with SORNA would forfeit 10 percent of their Byrne Justice Assistance Grant starting in FY 2012. The block grant totaled about $250 million in FY 2011.

Full implementation is "labor-intensive," Frederick says. The law requires offenders to register regularly and in-person with authorities, usually local law enforcement, and they must give notice if they travel or move. Juveniles who perpetrated certain offenses must register for life; that requirement can be reduced to 25 years with a court order. And the policy must be applied retroactively to previously convicted offenders.

So, many states found "it's cheaper not to comply," Frederick says. New York was one such state. In a letter to Linda Baldwin, director of the U.S. Justice Department's Office of Sex Offender Sentencing, Monitoring, Apprehending, Registering, and Tracking, Risa Sugarman, director of the state's Office of Sex Offender Management, said: "The costs would be far greater than the loss" of federal funding.

One issue that the article didn't mention that I've written about before and seems pertinent is how the accuracy of the information in these gigantic databases is going to be verified. Because if the Social Security Administration can't avoid leaking thousands of social security numbers every year and the Atlanta Police Department can't avoid sticking the wrong person in a jail cell for two months, what kind of Orwellian nightmare awaits the poor sap who gets his name placed in a sex offender database by mistake? This is just another sad example of the lack of critical thinking that goes on among our so-called "leadership."
Posted by Bill Hicks at 12:35 PM