Hawaii is Sinking Because of Retiree Health Care Costs 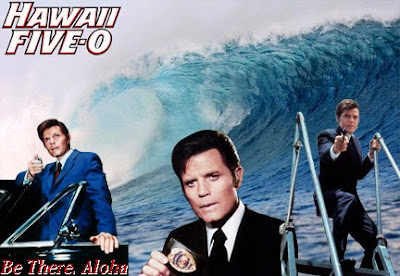 Here is a rather shocking story out of the State of Hawaii about financial problems related to health care costs for its own employees and retirees:


The Hawaii state legislative auditor has released the 2010 Comprehensive Annual Financial Report (CAFR), which is a series of audited government statements that detail the financial condition of the state government.

Sheila Weinberg, founder and CEO of the Institute for Truth in Accounting, called the state’s liability in the report “shocking", particularly when it comes to the increase in costs for medical services for state employees.

But wait, as bad as those numbers sound, it gets worse when you consider just how quickly the situation is deteriorating:


Weinberg points out that this is an increase of $5.2 billion in just two years - or almost 60 percent.

"Note that the EUTF liability per the 2009 CAFR was 4 times the amount of covered payroll. Per the 2010 CAFR the liability is now up to 8 times covered payroll. In other words, to have enough money to pay the EUTF benefits employees have already earned, the state would have to take all of the money they are using to pay employees for eight years and put it in the EUTF," Weinberg said.

Weinberg uses other comparative numbers to give the liabilities perspective.

"The state’s 2010 total revenue was reported to be $9.9 billion. Therefore it would take all of the state’s annual revenues plus $2 billion more to have enough money to pay these benefits. The state’s reported liabilities as of June 30, 2010 totaled $10.5 billion. Therefore the liabilities for retirees’ health care benefits that employees have already earned, but the state has not set aside money to pay, is more than all of the other liabilities the state has. And this does not include pension benefits," Weinberg said.

It is staggering tho think that this giant fiscal hole in Hawaii's finances are being caused merely by skyrocketing retiree health care costs. When you see figures like these, you realize just how broken and beyond repair the financial structure of our health care system really is.

The real wonder in all of this is not that things are unraveling, it's that they haven't actually collapsed already. I doubt even Steve McGarrett can save Hawaii this time.
Posted by Bill Hicks at 12:53 PM