USDA To Lay Off 1,000 Inspectors--Let Poultry Industry Self Regulate 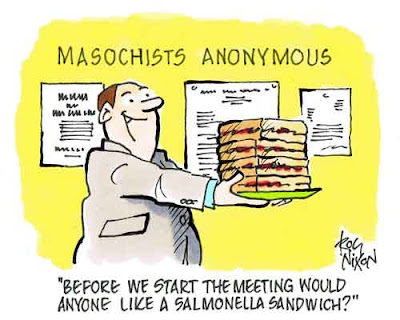 If you eat chicken that you don't raise yourself, you need to read this story...and perhaps reassess your culinary choices. Here is Yahoo News with the details:


Chicken is the top-selling meat in the United States. The average American eats 84 pounds a year, more chicken than beef or pork. Sorry red meat, chicken is what's for dinner. And now the USDA is proposing a fundamental change in the way that poultry makes it to the American dinner table.

As early as next week, the government will end debate on a cost-cutting, modernization proposal it hopes to fully implement by the end of the year. A plan that is setting off alarm bells among food science watchdogs because it turns over most of the chicken inspection duties to the companies that produce the birds for sale.

The USDA hopes to save $85 million over three years by laying off 1,000 government inspectors and turning over their duties to company monitors who will staff the poultry processing lines in plants across the country.

The poultry companies expect to save more than $250 million a year because they, in turn will be allowed to speed up the processing lines to a dizzying 175 birds per minute with one USDA inspector at the end of the line. Currently, traditional poultry lines move at a maximum of 90 birds per minute, with up to three USDA inspectors on line.

Whistleblower inspectors opposed to the new USDA rule say the companies cannot be trusted to watch over themselves. They contend that companies routinely pressure their employees not to stop the line or slow it down, making thorough inspection for contaminants, tumors and evidence of disease nearly impossible. "At that speed, it's all a blur," one current inspector tells ABC News.

According to OMB Watch, a government accountability newsletter, cutbacks at the USDA have coincided with a significant rise in salmonella outbreaks. The group says 2010 was a record year for salmonella infection and 2011 saw 103 poultry, egg and meat recalls because of disease-causing bacteria, the most in nearly 10 years.

Perhaps the idiots in charge of the USDA these days forget why their agency exists in the first place--because back in the 19th century people routinely died from consuming contaminated food products made by producers who in the pursuit of maximum profits didn't give a shit if their customers got sick and died from eating their wares. In fact, tainted canned food was likely a major contributing factor to the demise of Sir John Franklin's arctic expedition in 1847 that was one of Victorian England's most famous calamities.

One of the reasons that this type of thing is being allowed to occur is that there are few Americans still alive who were around before the New Deal era, and thus have no experience of living in a time in which there was very little regulation of corporations. Most really seem to believe that the big corporations would never be so crass as to place their customers at risk in the name of increased profits if the government wasn't there looking over their shoulders. This is what 30 plus years of "free market" conservatives bashing the government at every turn has wrought--a credulous public that doesn't realize that corporate power is at least as much a threat to their individual liberty as big government, and that the best a modern industrialized society can hope for is that the two will effectively watchdog each other.

Like those chickens being taken to the processing plant, most Americans will continue to have this naive faith in the system until the day that salmonella or some other horrible food borne pathogen lays them into an untimely grave.


Bonus: Not really sure why, but this story brought this song to mind