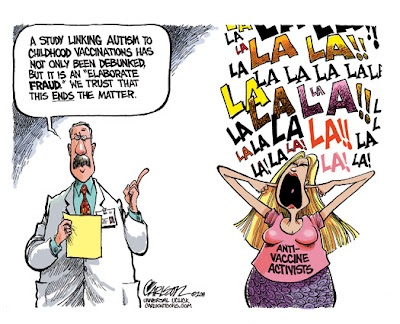 The economic collapse is only just beginning, and already some infamous long thought defeated diseases are alarmingly starting to reappear. The reasons for the resurrection of these various scourges upon humanity vary, but the timing of their return is quite ominous. This helpful list comes to us via Mental Floss.com:

This deadly disease was first described in the 1500s. Due to its contagious nature and debilitating, if not deadly, effects, outbreaks of scarlet fever were greatly feared. Fans of the Little House on the Prairie series will remember that it was scarlet fever that resulted in Mary’s blindness.

Penicillin proved an effective treatment for the disease, until last year. A sudden spike in scarlet fever cases in China and Macao, up almost threefold and fivefold from 2010, respectively, has alerted scientists to a new, more virulent form of the disease. It was not just Asia that reported more cases, with a sharp increase in incidents in Michigan last year.

Rickets was most common in industrialized cities during the 1800s. Children who worked in factories had poor diets and got little sunlight, resulting in a Vitamin D deficiency. This can lead to bone problems, bowed legs, and stunted growth. Since it is such an easy disease to avoid simply by spending a few minutes in the sun each day, as child labor laws limited kids’ time trapped inside, rickets all but disappeared.

Since rickets had been perceived as a disease that was “taken care of” for almost a century, doctors in the US and Europe were astonished when it suddenly started showing up in increasing numbers of children in the last decade, with several hundred cases in England alone in 2009. Part of the problem is that many children are back to having poor diets and spending very little time outside. But the problems also present themselves in infants, ironically because new mothers are trying to do everything right. Breast milk does not contain Vitamin D and as more women breastfeed their children exclusively, and for longer time periods, as well as protecting their children’s sensitive skin from the sun when they go out, Vitamin D deficiencies are becoming more common in infants. Doctors urge women to keep breastfeeding, but to give babies vitamin supplements as well.

The first documented case of gout was in Egypt in 2600 BC. While anyone could get it, it was known as “the king’s disease” because symptoms most often presented themselves in royalty and the wealthy; Henry VIII and George IV were both sufferers. There was no cure, and once someone had one attack of gout they were likely to get it again. The main symptom was unbelievably excruciating pain in a joint, usually a toe. Attacks could last up to a week, made walking almost impossible, and even covering one’s self with a light blanket was usually too much pressure on the joint.

The number of people suffering from gout in the US has almost doubled since the early 1990s, with 4% of adults presenting symptoms in 2010, and the numbers are expected to keep rising, for two reasons. One, our diets are atrocious. Eating rich, fatty foods, and drinking alcohol add to your risk of getting a gout attack. Two, gout is much more prevalent in the elderly. 13% of Americans over 80 suffer from gout, an increase of 7% in the last 20 years alone, and as more people live to that age the number will most likely continue to increase.

This sexually transmitted disease first appeared in Italy in 1494. While no one is sure where it came from, the date and location have led many historians to conclude it came to Europe from the Americas. For over 400 years it was completely untreatable, and became an epidemic in some areas. Vincent van Gogh’s brother, Winston Churchill’s father, and Al Capone all died of syphilis, while everyone from Henry VIII to Oscar Wilde to Adolf Hitler are suspected cases.

The discovery of penicillin in 1943 as well as a greater awareness of the dangers of unprotected sex led to increasingly fewer people presenting symptoms of the disease. In 2000, public health officials announced that syphilis was almost completely eradicated in the US. But over the next decade the number of people testing positive more than doubled.

There are a few reasons for this. One is that more people are getting tested for STDs in general, so more cases are being caught. But doctors also say it is because of problems with sex education. Many people who test positive contracted the disease through oral sex, which they mistakenly believe is safe without protection. Also, since the disease was so close to being eradicated, many young people were not taught about it in school and are unaware of the symptoms to watch out for.

In the last 150 years, measles is estimated to have killed over 200 million people. Mumps was once the leading cause of viral meningitis. And rubella epidemics resulted in tens of thousands of miscarriages and deaths. Then in the 1960s, vaccines for all three of these diseases were developed. They were combined into one simple vaccine, the MMR, and the number of cases plummeted.

But in 1998, the prestigious medical journal The Lancet published a study that linked the MMR vaccine to autism. The results were widely reported, fueling the anti-vaccine movement, and large numbers of parents stopped vaccinating their children against these diseases. In 2004 and again in 2010 the article and its findings were officially rejected as “utterly false” by the medical community, but the damage had been done. Outbreaks of all three diseases are increasing.

In 2011, 25 states recorded cases of the measles, the most in a decade and a half. The disease is especially dangerous in populations that have had no exposure to it, as the US hasn’t for forty years, meaning incidents are expected to increase among the unvaccinated. Britain, France, Germany, the Netherlands, Norway, Romania, Russia and Switzerland all showed increasing numbers of cases in the past decade. In 2010 a mumps outbreak occurred in young, unvaccinated men in Ireland. A mumps outbreak at the University of Iowa lasted 6 months and spread to 13 states. And just last month, more than 20 mumps cases were diagnosed on the Berkeley campus. Doctors expect more outbreaks of these diseases, as the children who were not vaccinated in the immediate aftermath of the article start sharing dorms with each other.

While suspected cases of polio go as far back as Ancient Egypt, the first clinical description of the disease wasn’t written until 1789. While occasional individual cases were not uncommon, it wasn’t until the 20th century that a worldwide polio epidemic occurred, peaking in the 1950s. Franklin D. Roosevelt is probably the most famous sufferer, but at its peak polio paralyzed or killed half a million people every year. Then two different vaccines completely eradicated the disease in all but four countries.

Those countries—Afghanistan, Nigeria, India, and Pakistan—are all showing increased cases of the disease in the last decade. In 2003 leaders in northern Nigeria warned against getting vaccinated, claiming it could cause infertility. This resulted in the disease spreading into Chad, where it had previously been eradicated; 132 cases were reported there in 2011. Afghanistan reported an all-time low number of cases in 2010, but that number more than tripled in 2011, thanks to some people’s refusing to vaccinate their children on religious grounds, as well as the open border with Pakistan, who also saw their reported cases more than double in 2011. Some extremist Muslim leaders in that country have denounced vaccinations as a Western conspiracy.

Of all the diseases on the list, Gout would have to be the least worrisome. There are going to be a lot fewer people eating rich fatty foods and aggravating their joints in the near future. Rickets will probably cease to be as much of a problem when people begin having trouble finding shelter and are out in the sun a lot foraging for food.

As for the others, I can picture them reaching epidemic proportions not long after the medical system finally collapses. This list serves as another sobering reminder of how grim the post-collapse world is likely going to be for most people.