Leon Panetta's Weekend Commutes Cost As Much As That GSA Party 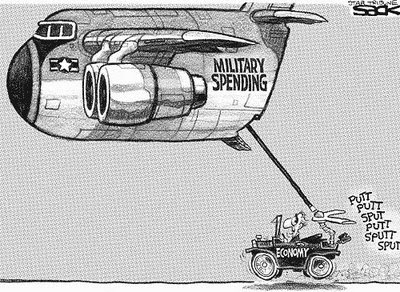 Maybe we shouldn't be so hard on those Las Vegas partiers at the GSA. After all, the Secretary of Defense has been blatantly wasting taxpayer money for his own personal convenience as well. Atlantic Wire has the details:


That Leon Panetta has spent an incredible $860,000 to fly between his day job in Washington and his home in Northern California since taking office may not exactly be his fault, but even the thrifty secretary of defense himself this week can't help but notice the irony of that flight bill. Today, the airfare bill is even getting compared to the Government Services Administration's now infamous Las Vegas bender.

A brief rundown of the controversy: Earlier in April, the AP revealed that the secretary of defense, pushing to get the military to stop spending money like it's still the Cold War, billed the government $32,000 per private flight home since taking office in July, reimbursing the government only $632 for each, an amount dictated by law. Now, Panetta had no choice but to fly on the government's dime, if he wanted his weekends home. "No one understands the budget pressures on the Pentagon better than Secretary Panetta," a Defense spokesperson defensively noted. "As a required-use traveler, he must use government aircraft for all travel." But this Monday, Panetta had his hat in hand, saying he regretted the burden the trips put on taxpayers. And in a comparison of ironies, Foreign Policy notes today that $860,000 is only $28,000 more than the clown-filled Vegas conference for the GSA, an agency tasked with curtailing spending.

But really, Panetta and his flights aren't worthy of the ire of GSA's party. "I’ve gone home because my wife and family are there and because, frankly, I think it’s healthy to get out of Washington periodically just to get your mind straight and your perspective straight," Panetta explained to reporters Monday. We want our family-man military chief to be happy, too. As Time's Mark Thompson puts it, "It is a grueling, relentless job. If Panetta wants to jet off to his California walnut farm to tend to a different kind of nut than those he has to deal with daily in the capital, he should."

But ultimately, the flights are for personal use and not business, so we do have a modest request, Secretary Panetta: as you look for ways to cut military spending, consider your flight bill. If not for taxpayers, then just for the sake of good optics as you push more significant spending cuts elsewhere.

I've got a better idea...why not have Secretary Panetta MOVE HIS FUCKING FAMILY TO WASHINGTON, like any other government official has to do. Or better yet, if he wants to be with them so goddam badly, let the fucker resign. It's not as if there aren't another couple of dozen or so completely amoral high ranking assholes who wouldn't take the fucking job in a minute if he stepped down. We have have a trillion-and-a-half dollar annual federal budget deficit that is actually the gravest national security risk we face. SOMEBODY has to make fucking sacrifices, and it might as well start with the guy who heads the fucking war machine.


Bonus: This sounds like an idea that's actually long overdue