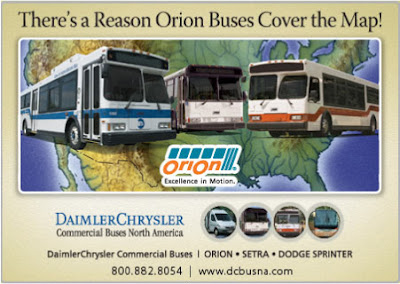 Just when we should be building more buses for public transportation systems, one of the domestic manufacturers is shutting down. Here is a local New York television station with the details:


The employees union for the workers at Orion Bus in Oriskany says that all 538 workers will be laid off sometime in the next two years, and that the layoffs are only a matter of when.

Tim Banas at the United Auto Workers Union said that at least 12 employees at Orion were laid off Thursday morning and that the company expects to lay off more in the days to come.

On Wednesday, Daimler announce that it would stop all production on new bus orders at the Oriskany-based company, but would continue bus maintenance work.

This is why I am so convinced we are heading towards collapse. For years now we have been making all the wrong decisions at the worst possible time, and I see no reason why that will not continue.