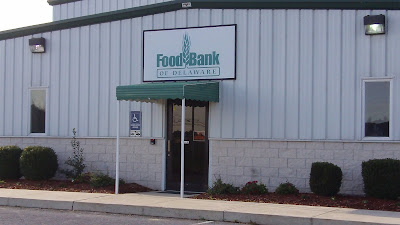 This story merely served as yet another reminder of just how precarious and dependent upon cheap gasoline so many of the more vulnerable members of our society really are. Here is delmarvanow.com with the details:


Rising gas prices are siphoning money the Food Bank of Delaware would rather spend to feed a record number of low-income families, at-risk kids and impoverished seniors.

“We definitely feel the impact,” spokeswoman Kim Kostes said. Every added $1 pumped into its trucks and vans could provide four nutritious meals, she said.
Gas in Delaware hit an average of $3.82 per gallon Sunday, and is expected to soon top $4 a gallon.

The food bank now is also working to raise the last $1 million effort for a $2.7 million to add a kitchen to expand its Milford site, serving southern Delaware, where need is growing fastest, she said. “Gas cards are great,” Kostes said, but money for operations and a new kitchen is also needed.

For nonprofits, rising gas prices mean not only higher costs for food and goods, but also a drop in donations, because people already suffering in the recession “just aren’t feeling like they have as much to give,” said John D. Baker, spokesman for the Delaware Association of Nonprofit Agencies.

The worst-hurt programs are those like the food bank and Meals on Wheels, which directly involve transportation or delivery, he said.

Some longtime volunteers at the Modern Maturity Center in Dover, where Meals on Wheels rolls out 700 meals each weekday, are starting to ask for help buying gas, said Executive Director Carolyn Fredricks.

Some volunteers have asked for shorter routes, some long routes have been split and there have been modest gas reimbursements when donations made them available, Meals on Wheels Deputy Director Ken Bock said.

Still, he said, paid staff members often end up doing a lot of deliveries that were done by volunteers before gas prices spiked.

Leaders of Delaware nonprofits say they already have been poaching from other budgets, doing more fund-raising and asking for gas card donations to help cover rising costs.

Fuel costs are up 39 percent from last year for the center’s thrice-weekly member pick-up bus, she said. But the center is determined not to raise its $1 fare.

“We can’t raise our fees to our people who take the bus, because they are our most frail individuals,” Grygiel said, adding even a $1 fare “is difficult for some of them.”

Right now there is still enough latent wealth spread out around our economy to keep rising gasoline prices from turning into a potential humanitarian disaster. So what is going to happen when the day finally comes that those prices do rise to $5.00 or $6.00 a gallon or even more?
Posted by Bill Hicks at 12:55 PM