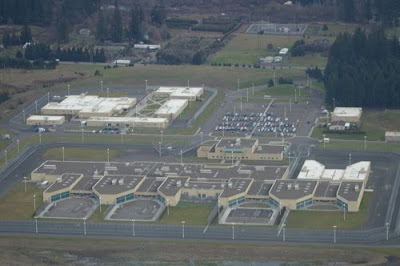 This is yet another story that leaves me torn. On the one hand, I am sad to see people losing their jobs. On the other hand I'm thrilled to see a private, for-profit prison shutting down. Here is a local Kentucky television station with the details:


Otter Creek Correctional Center in Wheelwright will be shutting its doors at the end of June.

Officials say with capacity being added at other facilities in Kentucky, the state did not feel the need to continue using Otter Creek and did not renew its contract with the Corrections Corporation of America (CCA).

"The department did not have a need for the continuation of that contract beyond its current term," said CCA spokesperson Steve Owen.

More than 170 people from the Wheelwright area work there, but after June 30 they will no longer have jobs.

"We are preparing our employees for the fact that at the end of June we will not have a population in that facility, and so we want to work very closely to take care of them," said Owen.

He said if those employees are willing CCA will try to help them relocate to other facilities in the state and across the country.

Mayor Akers says the prison's closing could be devastating to the local businesses, and Wheelwright's economy could suffer.

"If you don't have jobs you can't spend money at them. Money keeps rolling over and over when you spend it," said Akers.

Hats off to Mayor Akers for grasping what so few economists, politicians and corporate "leaders" in American seem to understand these days.