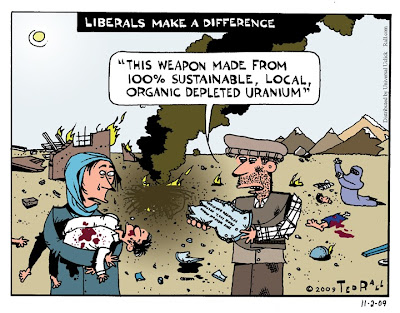 Welcome to modern day America, where our politics is as toxic as the air we breathe, and the water we drink and the soil in which we plant our crops. It is the playground of unaccountable billionaires, who throw their wads of cash around as they please, buying the political process to ensure they make even more money--long term damage to the environment and the body politic be damned. Here is Common Dreams with the story:


A toxic waste disposal site owned by Texas billionaire Harold Simmons -- one of the GOP's largest donors in the 2012 primary season, and the largest single donor to Karl Rove's super PAC, American Crossroads -- has environmentalists, and at least one Texas state representative, very concerned over the risk of transporting huge quantities of hazardous material across the state and what impact the waste itself could have on groundwater supplies once it arrives.

If Simmons gets his way, toxic materials -- including medical waste, low-level radiated materials, and even depleted uranium -- from up to thirty-six states could end up at the Texas Compact Disposal Facility in remote west Texas.

"Texas is going to become a nuclear waste dump if everything happens under their plans," state Rep. Lon Burnam, D-Fort Worth, told the Fort Worth Star-Telegram. "We will be the major route for nuclear waste."

"We continue to have concerns about the site itself and whether or not there is enough protection ... and whether there will be contamination of the water," said Karen Hadden, executive director of the statewide SEED Coalition environmental group, according to the Star-Telegram report. "Once radioactivity gets into groundwater, it's a difficult thing to clean up and it can get into the millions and billions of dollars."

Simmons has invested huge sums into the political process in hopes that he can ease regulations on the dumping of nuclear and other toxic wastes. “Whatever federal switch has to be thrown to get uranium into the hole, believe me, it will be thrown; that’s how Harold Simmons works,” Glenn Lewis, a former Texas environmental employee who retired in protest over Simmons’s influence-peddling, told Bloomberg news recently.

Simmons has been outspoken about his disdain for the President Obama, and he has spread his large political contributions relatively evenly among the GOP contenders. “Any of these Republicans would make a better president than that socialist, Obama,” Simmons told the Wall Street Journal recently. “Obama is the most dangerous American alive.”

I would be inclined to argue that it is billionaire asshole Harold Simmons who is actually "the most dangerous American alive," except that he is in fierce competition with most of the other members of his class. I've often said that the truly regrettable thing about Obama is that he is NOT in any way, shape or form the "socialist," so many of his political enemies claim that he is. For if he were, those of Harold Simmons's ilk would have a LEGITIMATE reason to hate him as they do.

The sad part is that liberals and progressives will read his vitriol against Obama, and it will make them more apt to rally behind a President who has sold them out every step of the way. America is governed by two elite factions who compete against one another, and their battles for supremacy are very real to them. But for the rest of us they are a largely meaningless spectacle designed to distract the masses every four years and perpetuate the lie that we still live in a representative democracy.

Does anyone really doubt that Simmons will ultimately get his way regardless of who wins the White House this November? That is the real fallacy of the illusion of choice when people go to the polls. Liberals and progressives may think that if they dutifully line up behind President Hopey-Changey despite their previous disappointments, they are helping to thwart the ambitions of odious cretins like Harold Simmons. Then, two years after his next inauguration when Simmons's radioactive waste disposal operation is going full throttle anyway, they will all stand around scratching their heads wondering what the hell happened.

Welcome, my friends, to the toxic wasteland.