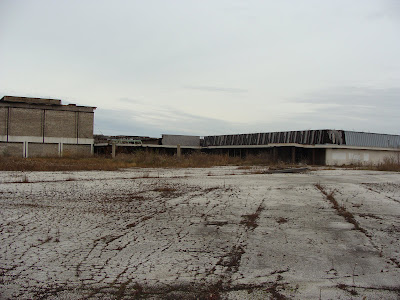 This past week, some rather tepid rhetorical sparks flew between presumed Republican presidential nominee Willard Mitt Romney and President Hopey-Changey about who can blow more smoke up the voters' asses about the laughably idiotic notion called, "American Exceptionalism." Here is the Raw Story with the details:


US President Barack Obama on Monday hit back at his likely Republican election foe Mitt Romney, who questioned whether he shared the notion that America is a uniquely virtuous nation.

At the weekend, Romney appeared to tap into the view, prevalent among the conservative grass roots, that Obama — born in Hawaii of a white mother and Kenyan father — somehow is different than mainstream Americans.

Asked about the comments during a press conference with the leaders of Mexico and Canada on Monday, Obama said the man he is likely to face in November’s election was simply playing to the political gallery.

“It’s still primary season for the Republican Party,” he said, but then took aim at Romney’s central argument.

“But, you know, I will cut folks some slack for now because they’re still trying to get their nomination.”

Then Illinois state lawmaker Obama’s speech in Boston in 2004 extolled the “genius” of America, quoted the Declaration of Independence and called on Americans to reaffirm unique values.

Romney said during an event in Wisconsin at the weekend that when he traveled abroad he stood “a little taller, a little straighter, because I knew I had a gift that others didn’t have, and that was I was American.”

“Our president doesn’t have the same feelings about American exceptionalism that we do,” Romney told a conservative crowd.

“I think over the last three or four years, some people around the world have begun to question that.”

American exceptionalism is a highly charged term, and sometimes means different things to different people, and is a particularly potent concept in conservative politics.

Generally, the term is said to be the notion that America has a unique historic mission, values and ideals, that are either endowed by God or enshrined in the Constitution that make it exceptional in the world.

Holy FUCK, this is shaping up to be one long, miserable campaign. If you want to know why there is absolutely no hope that America will be able to change course before we manage to destroy ourselves, look no further than this happy horseshit. It was this dumbass idea that somehow America is exceptional, and therefore not bound by the limitations that bog down other mere mortal nations, that was a huge factor in getting us into such a huge fucking mess in the first place.

This bullshit all started with Ronald Reagan, of course. Jimmy Carter tried in his own bumbling and inept manner to warn Americans that there were limits not only to our military power but to the energy resources that fueled our very way of life. During the 1980 presidential campaign, Reagan and his minions took Carter's warnings and won big by beating him over the head with them. Then Reagan won re-election by using the same American exceptionalism club to wallop Walter Mondale even harder. And ever since then, the idea that America cannot do absolutely whatever the fuck it wants to do on the world stage has been verboten in the political arena.

Yet the question needs to be asked: just how exceptional is a country that simultaneously launched two major wars of choice against pipsqueak opponents, spent over a trillon dollars on the effort, and actually managed to lose both of them? Or a country that operates its own offshore Gulag where it holds people for more than a decade without trial? Or a country which routinely tortures and abuses prisoners of war? Or a country which secretly arranges for kidnappings and deportations to foreign torture chambers? Or a country that sanctions assassinations against even its own citizens? Or a country which allows the banking criminals who crashed its economy to walk away scott free with hunderds of millions of dollars in taxpayer-funded bonuses in their pockets? Or a country in which 50 million people are at risk of dying from even relatively minor medical ailments because they cannot afford to go see a doctor? Or a country that makes filthy rich mega-stars out of the likes of Brittany Spears, Kim Kardashian, Snooki, Charlie Sheen, Lady Gaga, Adam Sandler, Justin Bieber and Katy Perry? Or a country in which less than one-third of its young adults even know what year it declared its independence?

We'd be a hell of a lot better off if these two assholes would stop trying to one-up one another and level with the public for once, but Spoiled Rotten Nation won't stand for that. It doesn't want to hear the truth: that there is absolutely NOTHING exceptional or more noble about America as a nation-state, other than the fact that those of us who were born here or immigrated and became citizens had the good fortune to not only be living on top of the greatest pile of natural resources ever bestowed upon any civilization, but that those resources were located in a relatively isolated spot on the globe which made us largely immune from conventional military attack.

And what did we choose to do with that incredible bounty? We created a crass, superficial, me-first society that has been devouring those resources as quickly as possible and despoiling this beautiful landscape to create a hideously ugly, coast-to coast shopping mall to accommodate the lowest common denominator tastes of a vast horde of drooling consumer zombies.


Bonus: To paraphrase both George Carlin and Joni Mitchell: "only a nation of unenlightened halfwits would pave paradise and put up a parking lot"