Albertsons Closing 13 Florida Grocery Stores, 1,100 To Be Laid Off 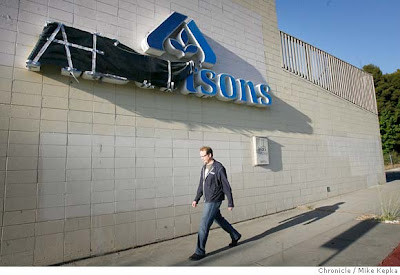 There have been an awful lot of grocery store closings during the past year since I started doing this blog. Here is the latest such story from the Bradenton Herald:


Albertsons grocery store chain is closing 13 stores in Florida including its Manatee Avenue location in Bradenton and its Lockwood Ridge Road location, leaving only four stores operating in the state.

An estimated 1,100 employees will be affected, said Albertsons Public Affairs Director Christine Wilcox. Of those, 77 are located in the Manatee Avenue store, which has been operating since 1982.

"We've had to make a strategic decision in Florida to go with the stores that are doing the best," Wilcox said. The four remaining stores are located in Clearwater, Altamonte Springs, Oakland Park and Largo.

So, you "had to go with the sores that are doing the best?" You mean the mere four out 17? Sounds to me like the other four won't be around for that much longer either.


Bonus: They just keep them hanging on