Niche Inc. To Lay Off 400 (Massachusetts) 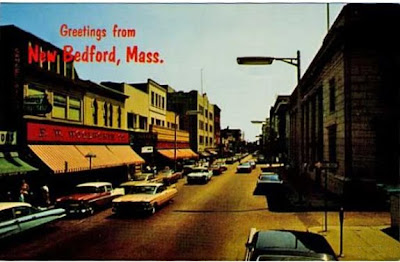 Details are sketchy on this mass layoff story. Here is SouthCoastToday.com with the details:


Niche Inc., a South End manufacturer of parachutes, has laid off about 400 workers after losing out on a contract, four sources said Wednesday.

The sources said the layoffs took place when the company lost out on a contract and that Niche is trying to land a couple of new contracts. The company hopes to call some of the workers back if it lands those contracts.

Roland Letendre, president of Niche Inc., could not be reached for comment.

A manager who refused to give his name confirmed Wednesday there were some layoffs but said the company is waiting for new contracts to come through and hopes to hire the employees back. He would not provide other details.

A former employee said she and other workers learned Tuesday that they were losing their jobs. The worker, who spoke on the condition that her name would not be used because she hopes to work at Niche again, said a manager told the employees they will hire people back if they can.

The manager told them the layoffs could last for "a couple of weeks to a couple of months," the former employee said.

"A lot of people lost jobs," she said. "Who knows for how long?"

The Greater New Bedford Career Center's Rapid Response Team has been dealing with those laid off, most of whom are low-skilled workers, sources said.

The career center reaches out to companies when layoffs are imminent to assist the employer and employees, from handling unemployment claims to providing training and counseling, said Steve Martins, the center's operations manager and City Council president.

"Our staff is on deck and ready to go once we find out about any significant layoffs in the area," Martins said.

City officials have been trying to

get a handle on the scale of the layoffs.

Mayor Jon Mitchell said the city has reached out to the company and has not yet received information on how many people lost their jobs.

"The company has been unable or unwilling to give us that information," he said.