March 2012 Sets Record For Warmest On Record In The U.S. 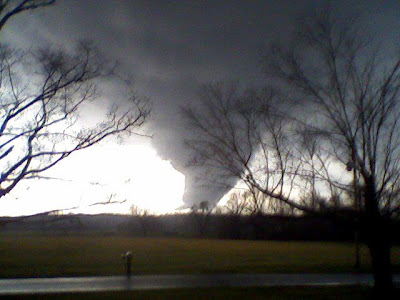 Deniers are gonna deny and haters are gonna hate...but reality doesn't give a good Goddamn. Here is the Weather Channel with the details:


Last week we revealed the dozens of cities that had their warmest March on record. Now we have the official word from the National Oceanic Atmospheric Administration (NOAA) that March 2012 was the warmest March on record in the contiguous United States. In addition, the January through March period of 2012 was the warmest first quarter of the year on record. Records date back to 1895 in both cases.

NOAA also released information stating that the early March tornado outbreak in the Ohio Valley and Southeast was the first billion-dollar weather disaster of 2012.

Also, check out this amusingly ignorant reader comment that was posted with the article:


Jim Tappendorf · Coleman, Wisconsin
this winter was one we'll probably never see again. I was riding my motorcycle with only a T-shirt on March 17 th and 18th in Coleman Wi. about 45 miles north of Green Bay. Go global warming.

What's the matter with Wisconsin?
Posted by Bill Hicks at 5:55 PM