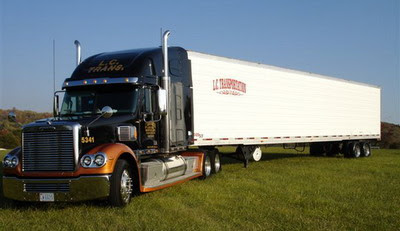 There have been quite a few mass layoff stories from North carolina as of late. Here is The Business Journal with the details:


LC Transportation Services, a Mount Airy-based trucking company that has been in business for nearly three decades, has shut its doors for good.

Saturday's closure of the trucking company — which employed 90 — comes as two other Mount Airy firms are shutting down operations.

General contractor John S. Clark, once one of the biggest commercial builders in the Triad, announced in a mid-March letter to customers that it was closing after failed negotiations for a management buyout. Harvest Time Bread Co., a national baker for the grocery and food service industries, is also closing its manufacturing plant in Mount Airy and cutting 57 local employees.

Phil Arrington, vice president of Mount Airy-based LC Transportation Services, said the company shut down due to a combination of issues, including rising fuel prices and costs for workers compensation and insurance. He also said a major customer cut their rates and contributed to the demise of the business, although he declined to name the business.

Arrington described the closing as a “death in the family,” adding that his employees were very disappointed.

“They didn’t work for us, they worked with us,” he said.

Hmmm...I wonder if that "major customer" was Walmart. If so, that wretched company is already fulfilling my prophecy of the other day about what passing on further price cuts will do to its suppliers.


Bonus: "Hell's on both ends of it...nowhere in between...this highway's mean"