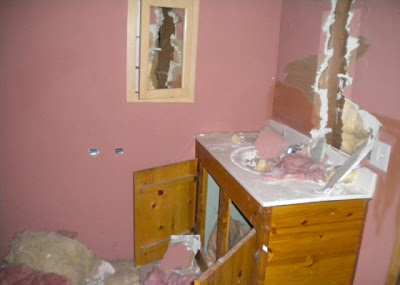 This is a good companion to the story I posted Sunday about the 70,000 pounds of copper wiring being stolen from a Seattle light rail system. Here is a local Maryland radio station with the details:


Baltimore County Police have set up a special team to investigate the spike in thefts of metals.

Chief Jim Johnson has created a Metals Theft Team. He tells WBAL Radio that since 2009, there has been a more than 450 percent increase in metal thefts in the county.

"What we have experienced in the past is a lone individual perhaps stealing a few pounds of copper. Today, we are seeing a more sophisticated network of copper thieves and middle men holding the copper and watching for an increased copper commodity price on the global market and they then move the products," says Johnson.

The police department has teamed up with BGE to try and create more awareness around the theft of metals. Chief Johnson says BGE is now going to paint their copper wires lime green color to make it more identifiable when it is moved through a scrap processor.

Chief Johnson says the police department is receiving cooperation from scrap metal processors in the area.

He says that four years ago copper was going for about $2.50 a pound compared to the last year when it reached $4.80 a pound.

Johnson says its expensive for owners to replace copper gutters for example if those are stolen from a home.

The police department is asking residents to take photos of their metals items around the house that may be stolen to help if authorities are called to investigate. In addition he says citizens can watch out for any suspicious activity involving trucks and scrap metal.

Chief Johnson says the issue is not just local but on a national level.

Sounds to me than in its increasing economic desperation, this country is literally tearing itself apart.
Posted by Bill Hicks at 12:50 PM