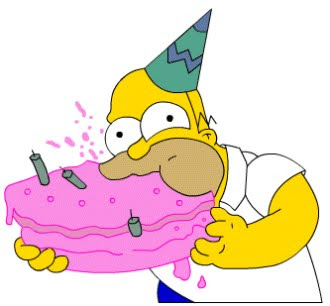 Well, it is hard to believe, but as of today it has already been a full year since I activated The Downward Spiral Blog. It is even harder to believe that in the past year I have written nearly 900 blog posts that have been viewed more than 450,000 times. In April alone, TDS's page view count soared to over 87,000, a new monthly record that beat March's previous monthly high by around 17,000. I guess I've managed to really strike a chord with my faithful readers.

The only downside is that the heavy blogging load has been kind of wearing me out lately (especially since I do still have my day job, damnit). Since last November or so, I've settled into a pattern where I've done one longer post each morning on a topic that really put a bee in my bonnet, followed up by two to three additional shorter posts on other relevant articles. In trying to keep up with the torrid pace I was setting, I have upon reflection been less than satisfied with a few of my recent ramblings.

To remedy this problem, I've decided to cut back a bit on writing longer posts in which I do much of the talking. From here on out I plan to compose the more in depth pieces as the mood strikes me rather than because I feel I HAVE to put something fresh up every day. Heck, it might even give me time to do some real research once in awhile. But don't worry, I still intend to do daily posts on relevant news stories, especially those from local media sources that don't necessarily get a lot of coverage on other economic blogs. The media in general does a very poor job of making any links between such related stories, and I like to think that is where TDS really provides a valuable service.

As always, my most heartfelt thanks goes out to you, my regular readers. You are what makes this effort so worthwhile.


Bonus: "Happy Birthday to me and to you"