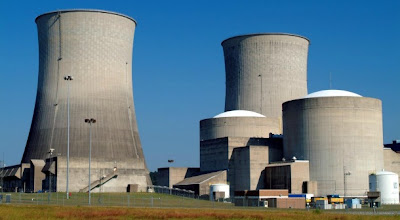 At a time when Japan has finally woken up to the long term dangers of nuclear power and has, in the wake of Fukushima disaster, shut down its last operating nuclear reactor, this mass layoff announcement by the Tennessee Valley Authority is even more maddening. Here is ClarionLedger.com with the details:


The Tennessee Valley Authority announced Friday that it lost $94 million in the last quarter as electricity sales slumped during an unusually warm winter and it faces an over-budget project to finish building a nuclear reactor in Tennessee.

TVA officials said they would seek to cut fewer than 1,000 positions in an effort to trim spending.

The electric supplier brought in nearly $2.6 billion in revenue during the three-month period ending in March, a drop of more than 12 percent compared to the same period last year, according to federal filings. Power sales were down about 7 percent for the quarter.

The electric supplier said an unusually warm winter cut the demand for electricity and the prices TVA can charge for it. TVA officials stood by the board's recent decision to approve adding $1.5 billion to $2 billion to the estimated cost of building a second nuclear reactor at its Watts Bar power plant in Spring City, Tenn. That brings the final cost of the project to as much as $4.5 billion.

But wait, it gets even better:


The TVA plans to save an estimated $100 million by cutting 1,000 positions among employees and contractors, Janet Herrin, TVA's executive vice president and chief administrative officer, told workers in a memo. Some of those positions are now vacant. Of the full-time TVA workers targeted in the job cuts so far, about half have been moved to other positions within the authority, she said.

CEO Tom Kilgore said the TVA would do a better job managing the nuclear construction project at Watts Bar and measuring progress.

I don't know about you, but if I lived anywhere near Watts Bar that statement wouldn't give me a whole lot of confidence.


Bonus: "Turn me on tonight...I'm radioactive"