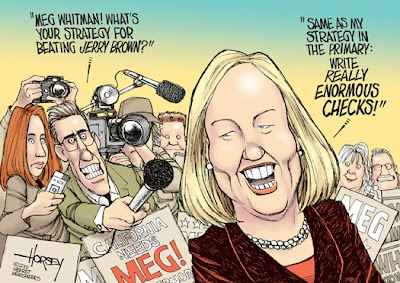 The big announcement from Hewlett-Packard is not expected to come until tomorrow, but for the company's workers it is expected to be a bad one. Here is Market Watch with the details:


H-P will post fiscal second-quarter results following media reports that the company was going to eliminate 25,000 to 30,000 jobs, or up to 10% of its workforce. The Palo Alto, Calif.-based company will present both its results and restructuring plan after the closing bell, the source told MarketWatch.

The company has struggled with stiffer competition and internal squabbles, which have taken a toll on its market value. The company’s stock slid by 25% since its last earnings report in late February, when it reported that profits had plunged by 44% and gave a disappointing forecast for the current period. See full story on H-P's last quarterly report.

Many analysts see layoffs at the tech giant as inevitable. “These are never fun but given where H-P is, these are necessarily to get the company back on track,” Sterne Agee analyst Shaw Wu said.

The reported plan, he said, could “benefit H-P’s annual earnings per share by about 75 cents.” He also noted that H-P’s efficiency as measured by revenue per employee was at “the lowest level in a decade.”

Personally, I'd rather see the downsizing of asshole analysts like Shaw Wu and Brian White. After all, unlike those two useless paper pushing parasites, Hewlett--Packard employees actually make something for a living.

I would also note that H-P's CEO is still the hideous Meg Whitman, who thought nothing of blowing a cool $144 million or so of her own cash in her hilariously inept California Gubernatorial bid against Jerry Brown. If H-P needs to cut costs, maybe it should fire her fucking ass first.


Bonus: "It's so easy to hurt others when you can't feel pain"